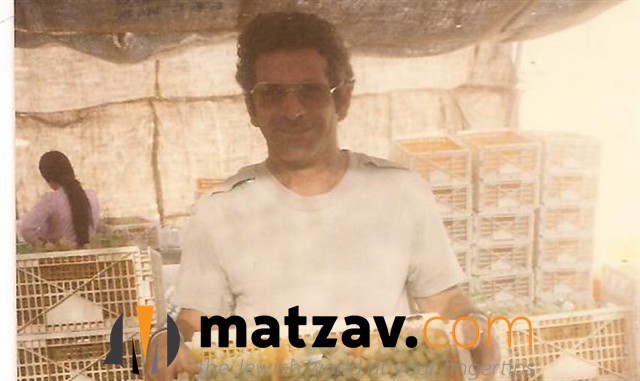 Meirav Osher, daughter of Avi Osher, who was murdered by a machete wielding terrorist in 1991, spoke to Arutz Sheva of how the terrorist set up house minutes from her Jordan Valley home after he was freed twenty years early as a good will gesture to the PA.

“Today he sits five minutes from my house, leads his life in front of our eyes, causing us suffering for the third time; the first when he murdered, the second when he was freed,” she said. “He got himself an expensive shovel and he works, presents himself in Israeli communities without shame, pretends and works without a problem.”

To drive him out the area, she is advertising his photo to local farmers and asking them not to give him work.

“There are good people here, and nobody would think to hire a murderer if he presented himself as the man who murdered Avi Osher,” she said.