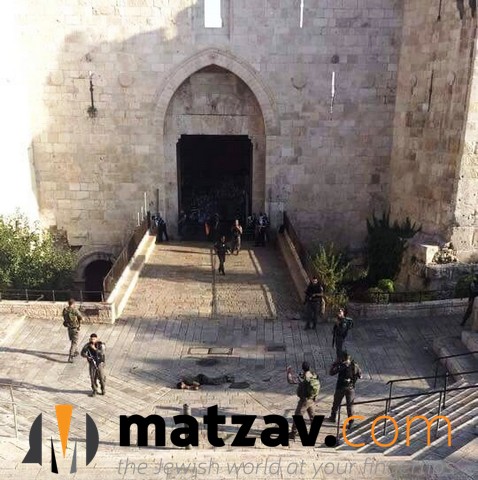 [Updates below.] An Arab terrorist has been neutralized by Israeli forces after attempting to stab an Israeli Police officer at Shaar Sh’chem in Yerushalayim.

Update: Times of Israel reports that an Israel Police spokeswoman says an initial investigation into the thwarted terror attack a short time ago shows that the attacker was shot while trying to stab Border Police officers at the Shaar Sh’chem.

He appeared to be nervous, and the suspicious officers approached him to investigate. But as they got closer he pulled out a knife and tried to stab them.

The officers responded immediately, opening fire in his direction, the police say.

The attacker continued running towards them with the knife in his hand, and the officers shot and killed him, the spokeswoman says.

Update, 17:16 p.m.: The Palestinian news agency Ma’an says the Palestinian attacker at Shaar Sh’chem was a 14-year-old boy.  The boy has yet to be named, Ma’an said.

Update, 17:46 p.m.: The Palestinian al-Watan news website has identified the attacker as 20-year-old Basel Bessam Sidr of Chevron. According to a Channel 2 report, the attacker shouted something before charging one of the officers stationed outside the Old City.

An eyewitness told the station that the attacker reportedly wore army fatigues. Police initially said the attacker attempted to stab a security guard escorting a Jewish family through Shaar Sh’chem. 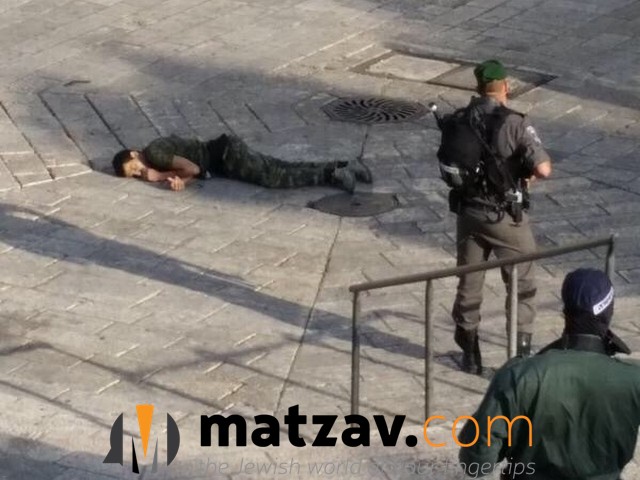 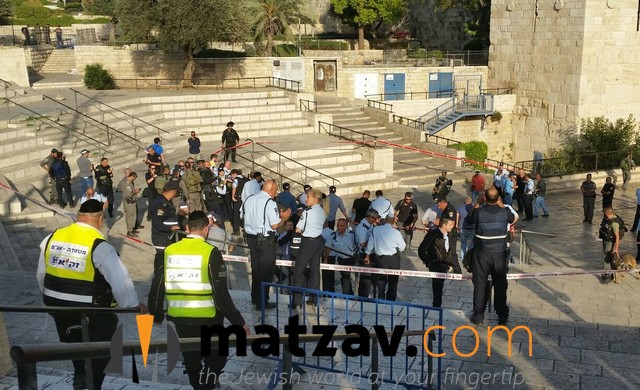 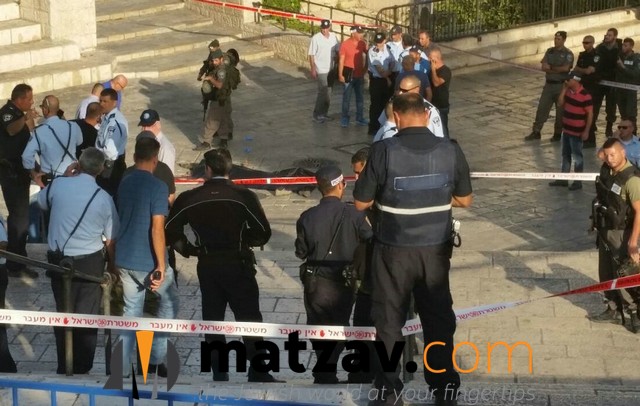 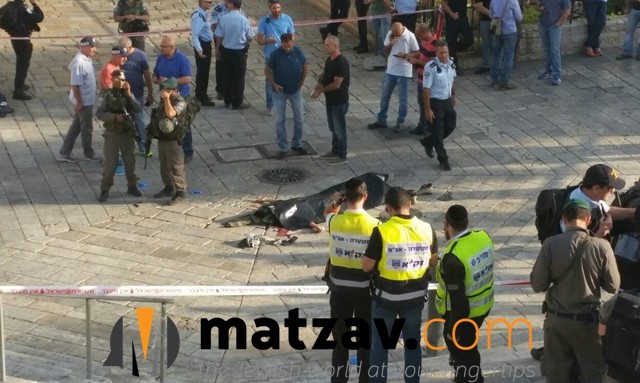 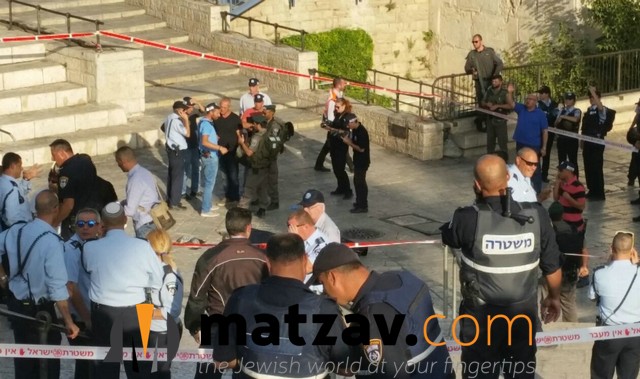