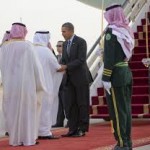 Data from the United States Census Bureau show that languages spoken in Muslim countries are surging into U.S. households due to rapid growth in immigration from Muslim nations.

The Census Bureau’s 2014 American Community Survey (ACS) reveals that Arabic and Urdu – Pakistan’s national language– are the fastest-growing foreign languages spoken at home, according to a new report by the Center for Immigration Studies.

After five decades of large-scale immigration, a record 63.2 million U.S. residents, or more than one-in-five, speak a language other than English when at home.

Previous reports have shown that the United States is now the second largest Spanish speaking country in the world. But the new census study shows that the fastest-growing foreign languages, in percentage terms, are languages spoken by immigrants from Muslim-majority countries.

The findings of this report reinforce other studies, which show that Muslim immigration is the fastest growing bloc of new immigrants. Every year the United States voluntarily imports more than a quarter of a million– or 280,000– Muslim migrants (this figure includes permanently resettled immigrants, guest workers, refugees and foreign students). All of these immigrants are invited into the U.S. on visas and therefore have the opportunity to collect welfare, resettle their relatives, and eventually apply for citizenship and voting rights.

Arabic is now the most common language spoken by refugees, and 91.4 percent of recent refugees from the Middle East are on food stamps.

“Immigration is not just an economic issue. English as our common language is part of the glue that holds our country together. These numbers suggest that the levels of immigration are so high that it may strain that. After the last great wave of immigration more than a century ago, the level of immigration was reduced and remained low for half a century, which helped with assimilation. With no pause in immigration levels in sight, the nation is headed into uncharted territory.”

Since 1980, the share of the population that speaks a foreign language at home more than doubled in Nebraska, more than tripled in Virginia, and more than quadrupled in North Carolina, says the report.

The number of people in America who speak a language other than English at home is now larger than the populations of Australia, New Zealand, and Canada combined. Read more at BREITBART.