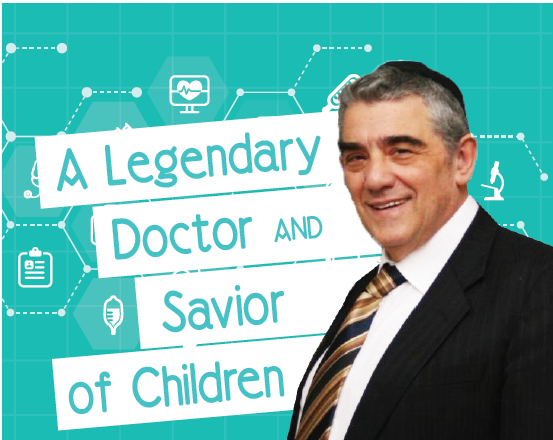 One and a half million Jewish children perished during the Holocaust by the hands of the Nazis, ym”sh. In the ghettos, Jewish children died from starvation and disease as well as from a lack of shelter, warmth, and clothing. The Nazis, who considered most children “useless” because they couldn’t work in the camps, were happy about these mass deaths, and even sent children to the gas chambers to be killed first, along with the elderly, ill, and disabled. If children fell into the deadly hands of Dr. Mengele, may his name be erased, he conducted atrocious experiments on them that often resulted in their deaths. Mengele also performed experiments on pregnant women before sending them to the gas chambers. Sadly, most of these children never made it to term.

The Nazis have thankfully been defeated; but these days, Jewish children are being killed for a different reason…their mothers can’t afford to keep them.

In Israel, approximately 40,000 Jewish abortions occur in Israel. Sadly, most mothers who choose to abort their pregnancies do so because of financial or socio-economic issues.

This is where EFRAT, The Organization to Save Israel’s Babies, comes in.

Since EFRAT’s founding in the 1950s by Holocaust survivor Mr. Herschel Feigenbaum, the nonprofit has been carrying out its life-saving nonprofit work for mothers in Israel. Mr. Feigenbaum understood that children are the key to the Jewish future. The former surgeon founded EFRAT to increase the Jewish birthrate in Israel in memory of the one and a half million Jewish children who perished in the Shoah.

The team of volunteers and professionals at EFRAT give women the necessary medical, emotional and financial support to allow them to bring their babies to term. New mothers backed by EFRAT receive a crib, stroller, baby bath, clothing and basic equipment on their baby’s arrival. EFRAT delivers packages of diapers, formula and food for the family throughout the first two years of the child’s life. And throughout a woman’s pregnancy, birth, and beyond, EFRAT volunteers lend women an empathetic ear, moral support, and compassionate advice and guidance. As a direct result of EFRAT’s help, more than 64,000 babies have been born in Israel.

“Saving our children is the answer to those who wish to destroy all Jews; adults, children and babies, born and unborn. By assisting women who are considering abortion, we are doing our part to increase the Jewish population in Israel,” says Dr. Eli Schussheim, President of EFRAT and a senior surgeon by profession. “Approximately six million Jews were killed in the Holocaust—shouldn’t we try to save each baby we can, today?”

EFRAT receives no government assistance and is dependent upon private donations and contributions. To learn more about EFRAT and to help support their work, see http://www.efrat.org.il/english/