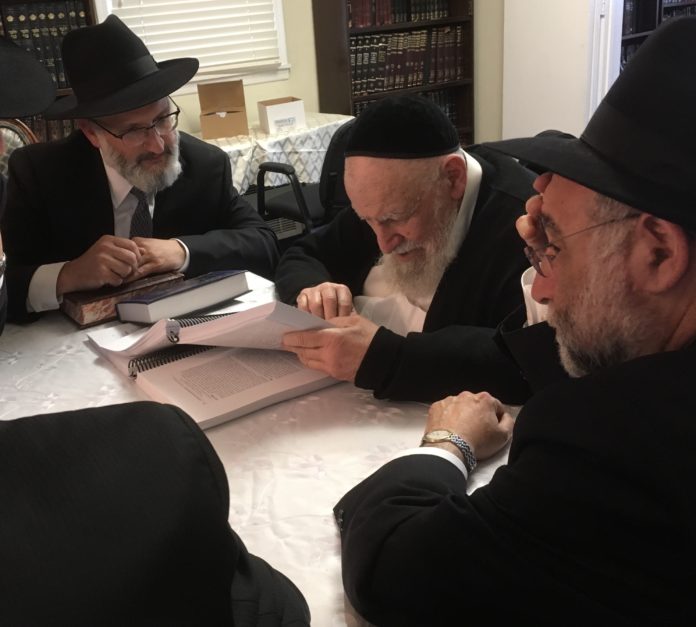 There is something unique and overwhelming about the Sephardic Bet Hakenesset.
It’s not just the stately décor and handsome furniture.
It’s the respect for tefillah that reverberates from the walls, the tangible commitment to prayer, its chants, tunes, and laws, the total communal participation, its customs, and its atmosphere. It’s the hallmark of Sephardic communities. Through sincere tefillot, respect for the synagogue, heightened sensitivity to prayer, and tefillah’s centrality to their lives, the Sephardic communities have historically erected protective barriers for themselves and their families.
So, the union between ArtScroll’s classic siddur and the Sephardic community was long overdue. And now, finally, ArtScroll presents the magnificent new Siddur Kol Simhah, designed specifically for the Sephardic communities, with guidance and input from hachamim and scholars from across the globe.
It’s been 35 years since the ArtScroll Siddur allowed a new generation to perceive the depth and meaning of timeless prayers, creating a revolution that still extends to every corner of the world. Over a million copies of ArtScroll Siddurim are in print, making them the most widely used Siddurim in history.
But until now there was no version of the siddur in the nosah of the Sephardic community and the Edot Hamizrah, so these glorious kehillot couldn’t access the magnificent translation, inspiring commentary, crystal-clear instructions and state-of-the-art typography that have made ArtScroll’s Ashkenaz version so indispensable.
Great merits are given to people who’ve earned them, and Hashem granted the merit of this new Siddur to two people. Mr. Jay Schottenstein, patron of the ArtScroll Talmud and many other ArtScroll projects, was visiting Rav David Abuchatzerashlita. The Hacham asked this question: “You have dedicated so many works of Torah and tefillah. Why don’t you sponsor an ArtScroll Sephardic Siddur?”
Together, two giants — one in Torah, one in generosity — both with hearts vast enough to feel the needs of others, turned to Rabbi Gedaliah Zlotowitz, President of ArtScroll, with the request.
Rabbi Zlotowitz agreed that it was time. The community that has elevated prayer to an art form would have a siddur that would be a work of art, a siddur worthy of its glorious traditions.
Siddur Kol Simha is a collaborative effort. Distinguished hachamim from New York to Jerusalem, London to Los Angeles, Gibraltar to Panama, were asked to take part in this complex endeavor. Poskim were consulted, hazzanim interviewed, elders questioned, and masters of piyyut probed. Antique siddurim were researched to guarantee accuracy and authenticity, so that this new siddur would carry the richness and precision of the sacred traditions.
A special team oversaw the myriad details: The Hebrew text and English translation had to follow Sephardic traditions. Transliterations would reflect Sephardic pronunciation, and laws and customs would follow Sephardic poskim and minhagim. Pizmonim and piyyutim for Shabbat and other occasions would be accurately translated and sourced. Shem Hashem would appear according to Sephardic tradition, and there would be taamim for selections from the Tanach. The commentary and introduction would explain and inspire.
There are other innovative features as well.
A person who is praying wants the relevant halachot to appear next to the prayers, so in this new Siddur, the laws and instructions are right where they are needed — and there is also a comprehensive Halachot section in the back of the Siddur. Special typography and graphics indicate when there are differences in the nosah of the various communities, so everyone can pray according to his or her own nosah without confusion.
This Siddur reflects the special connection between the Sephardic kehillah and tefillah: the rich history, the glorious present, and now, a brilliant future.
Click here to order online at the special introductory rate of 19.99! Rate goes up to 32.99 in 6 more days. 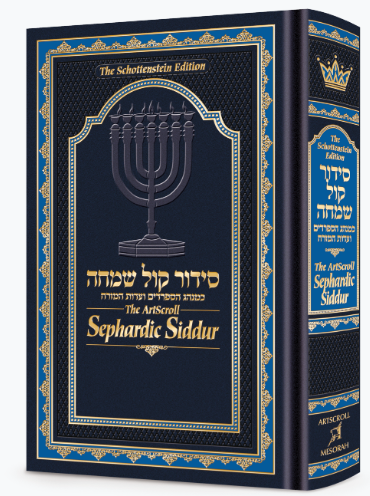 Leave a Reply to Michael in Seattle Cancel reply