Assange is also charged with publishing a select range of the classified documents that revealed the names of low-level, local sources utilized by the U.S. government, including Afghan and Iraqi nationals, as well as journalists, human rights activists, and religious leaders.

The charges are unveiled as Assange is fighting extradition to the U.S. after he was arrested earlier this year on a conspiracy charge. 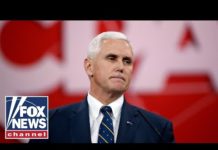 TRUMP FIRES BACK: If Remarks Were So Bad, Why Didn’t Woodward Report It Earlier?