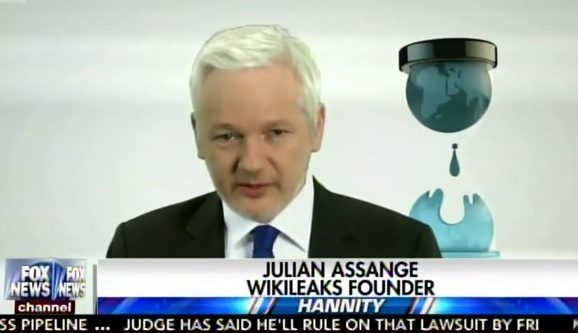 In a John Pilger Special, to be exclusively broadcast by RT on Saturday courtesy of Dartmouth Films, whistleblower Julian Assange categorically denied that the troves of US Democratic Party and Clinton work and staff emails released this year have come from the Russian government.

“The Clinton camp has been able to project a neo-McCarthyist hysteria that Russia is responsible for everything. Hillary Clinton has stated multiple times, falsely, that 17 US intelligence agencies had assessed that Russia was the source of our publications. That’s false – we can say that the Russian government is not the source,” Assange told the veteran Australian broadcaster as part of a 25-minute John Pilger Special, courtesy of Dartmouth Films.

Assange went on to say he “felt sorry” for Hillary Clinton.