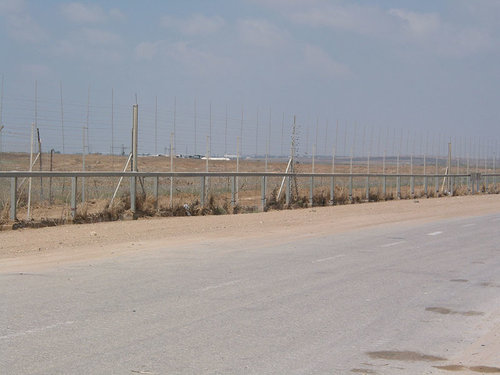 At least 12 Palestinians were killed by Israeli security forces confronting one of the largest demonstrations along the Israel-Gaza border in recent years, Palestinian medical officials said.

The Israeli military said that its troops had used “riot dispersal means and firing towards main instigators” and that some of the rioters were “rolling burning tires and hurling stones” at the border fence and at soldiers.

Live fire was used only against people trying to sabotage the border security fence and at least two of the dead were Hamas operatives, according to an Israeli military official.

Palestinian health officials said Israeli forces used mostly gunfire against the protesters, in addition to tear gas and rubber bullets. Witnesses said the military had used a drone in at least one location to drop tear gas.

Gaza officials said tens of thousands of protesters gathered at five locations along the 65-kilometer (40-mile) border with Israel. The Israeli military estimate was 30,000.