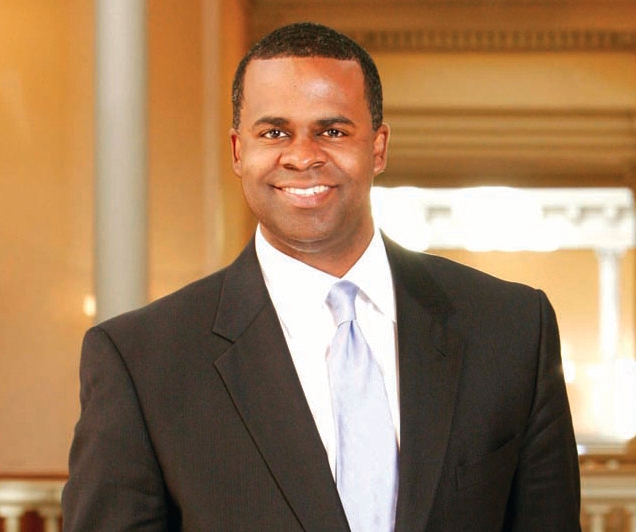 The mayor of Atlanta this week flatly refused a demand by protesters associated with the Black Lives Matter movement to terminate the local police force’s cooperation and training with Israel.

Mayor Kasim Reed denied the request at a meeting with members of #ALTisReady — self-described as a “collective of student activists, community organizers and leaders working to amplify Black and other marginalized voices in Atlanta” — to discuss improving the relationship between police and the community, a week after hundreds of protesters gathered outside the Georgia governor’s mansion.

Members of the APD constitute a small fraction of police across the US who take part in Israeli counter-terrorism training.

In a press conference following the meeting, Kasim told reporters:

Over the last several months, the Black Lives Matter movement has become closely aligned with anti-Zionist and antisemitic movements, most notably the anti-Israel Boycott, Divestment and Sanctions (BDS) initiative. The logic behind the connection between the groups, according to anti-Israel activists, is that both are representing and defending dark-skinned minorities against oppressors.

During a 2014 protest in Ferguson, Missouri, for example, following the killing of black teenager Michael Brown by a police officer, demonstrators yelled at police, “You gonna shoot us? Is this the Gaza Strip?”

Speaking to the Daily Beast, another demonstrator said, “We are being occupied. They say it’s the death of three men that started a chain reaction of death and destruction in Gaza,” a reference to the murders of three Israeli teens who were kidnapped by Hamas in 2014. “Will we as a people rise up like the people of Gaza? Will our community be bombed like last night with tear gas? That was a terrorist attack.”

As reported by The Algemeiner in May, protesters shouted, “Long live the intifada,” “f*** the police,” “displacing people since ‘48/ there’s nothing here to celebrate” and “all white people need to die.”

UCI’s chapter of Students for Justice in Palestine (SJP) — an organizer of the demonstration — said anti-Israel protesters were “wholly justified” in their acts, because “the presence of the IDF, better known as Israeli Occupation Forces (IOF), and police threatened our coalition of Arab, Jewish, Black, Latinx, API, undocumented, trans, and queer students and the greater activist community. Our demonstration was held to protest the presence of military and police forces on campus, which threaten the lives of Black and Brown people every day.”

In the past 48 hours another two black men have been lynched by the police. The total number of black people lynched by cops in 2016 now totals 136. We must remember that many US police departments train with the‪ #‎IsraeliDefenseForces. The same forces behind the genocide of black people in America are behind the genocide of Palestinians. What this means is that Palestinians must stand with our black comrades. We must struggle for their liberation. It is as important as our own. ‪#‎AltonSterling is as important as ‪#‎AliDawabsheh. Palestinian liberation and black liberation go together. We must recognize this and commit to building for it.

Watch Reed’s comments to reporters following his meeting with #ALTisReady representatives below: