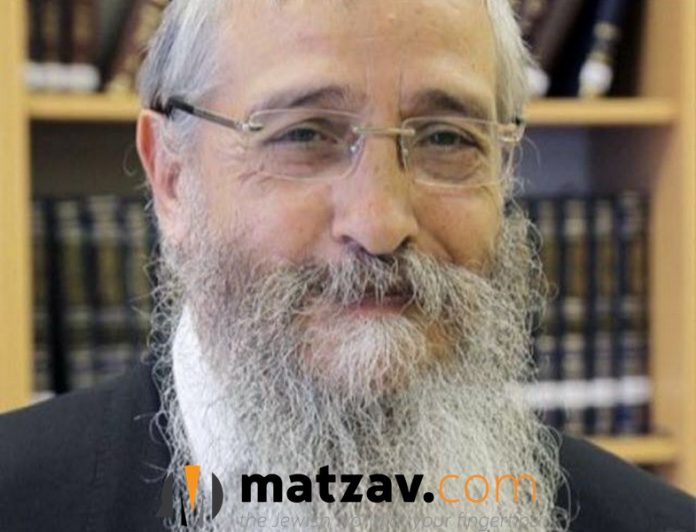 Rabbi Mendel Deitsch, who was found badly beaten in the Zhitomir, Ukraine central train station on Friday, was airlifted to Israel by emergency medical transport and is in serious but stable condition at the Tel Hashomer Hospital in Ramat Gan.

Rabbi Deitsch was found bleeding and unconscious after being robbed and beaten by what was reported locally as “a group of drunks.” The motive was theft, not anti-Semitism, said RabbiShlomo Wilhelm, director of Chabad-Lubavitch of Zhitomir.

“It should be noted that this is an unusual case that does not in any way reflect on the community in Ukraine,” said Wilhelm. “Apparently this is not a case of anti-Semitism. Rabbi Deutsch was attacked and beaten while being robbed.”

After learning of the attack, Wilhelm rushed to the hospital in Zhitomir and “the best doctors were called in from Kiev, “ he said. Deitsch underwent emergency surgery in Zhitomir while the victim’s family in Israel urgently worked with the Israeli government and emergency services organizations in Jerusalem to arrange the medical airlift.

Deitsch has been active in strengthening Jewish life in the former Soviet Union for many years, and is a central organizer of hospitality and programming at the burial site of Chabad’s founder—Rabbi Schneur Zalman of Liadi, in Haditch, Ukraine, where Deitsch is believed to have spent Rosh Hashanah.

The rabbi’s injuries remain life-threatening, and the family asks that people to continue to pray for the full recovery of Menachem Mendel Mordechai ben Miriam.