[Audio below.] Below is the audio of an American avreich from Mir-Yerushalayim visiting the Lishkat HaGiyus, the IDF Recruitment/Conscription Office, in Yerushalayim after he received a letter regarding being drafted into the Israeli army.

The avreich refused to provide his address, stating he feared that the police would come, beat him up, and arrest him.

Later in the conversation, when he explained that he learns in yeshiva, he was told by the army representative, “We don’t need so many people in yeshiva.”

The woman from the Lishkat HaGiyus asked him if he has heard of the Chok Tal.

“Chok Tal, Chok Shmal, I don’t know what you are talking about,” said the young man.

If I was Muslim would I have to go into the army?”

Click below to listen to the audio. Conversation begins at minute 2:45: 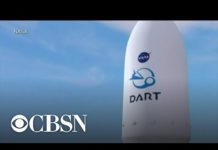