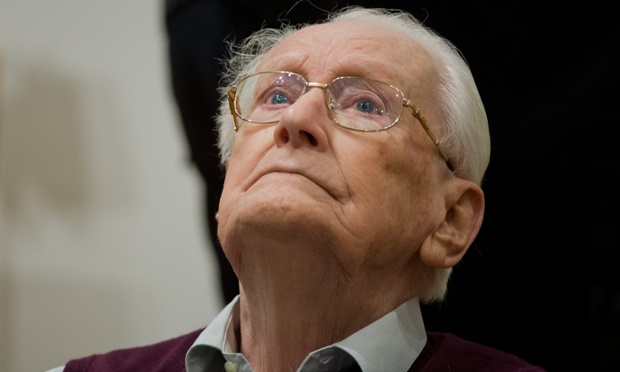 Survivors of Auschwitz have asked Germany’s highest court to resolve the case of a former SS soldier who was convicted of complicity in the murder of 300,000 Jewish prisoners during the Holocaust, Ynet reports.

While the German authorities have pursued prosecution cases of suspected former Nazis with greater intensity, “Auschwitz survivors do not have as much time as German justice,” said Roman Kent, 90, the New York-based president of the International Auschwitz Committee, a nongovernmental group that unites Holocaust survivors.

The former SS soldier, Oskar Groening, now 95, went on trial in April 2015 and was sentenced in July 2015 to four years in prison for accessory to murder while serving at Auschwitz death camp. Among other things which emerged in the trail, Groening also used his position to confiscate money and jewels from arriving prisoners.

His lawyers and those representing some of the dozens of co-plaintiffs in the case appealed the decision. However, due to technical reasons the arrival of the case at Germany’s Federal Court of Justice was delayed.

The appeal was formally received on March 22, said Erna Besirovic, a justice official at the court in Karlsruhe.“The case is pending,” she said, with no date set for a hearing or other action.

For decades, former guards at Auschwitz and other death camps eluded prosecution since the German justice authority determined that they could only be prosecuted providing that concrete witness evidence could link them to specific criminal acts. Read more at Ynet.