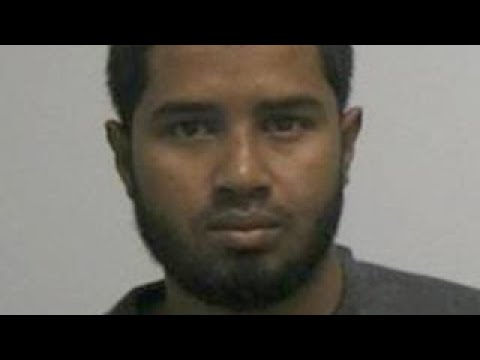 Hours before Akayed Ullah stepped into a busy Manhattan subway passage, a homemade pipe bomb strapped to his body with Velcro, his wife called him from here to wake him up. The telephone conversation Monday was brief and ordinary – Jannatul Ferdous did not detect any signs that her husband was upset or angry, nor did he say anything memorable. She told him to go to work and hung up.

Soon her husband’s image would be shown on television screens around the world. His bomb had detonated; he was severely injured. American authorities accused him of plotting a terrorist attack. On Wednesday he had his first brief court appearance, by way of a video link to a federal courthouse from the hospital where he is recovering.

“I always thought he was a good man,” Ferdous said Wednesday, speaking through the crack of the front door of her home in Dhaka, “and I still consider him a good man. I never thought he could be involved in an incident like this.”

Ullah’s wife and mother-in-law, who spoke to The Washington Post from behind a door with their faces covered, said the incident in New York completely blindsided them. They said Ullah had shown no signs of being radicalized in phone conversations or on his recent visits to Dhaka.

“If I knew this was going to happen, we’d never have let him leave,” said Mahfuza Akter, Ullah’s mother-in-law.

Islam said that Ferdous and her family had, under questioning, suggested that link – implying that they were not so unaware of his radicalization.

Violent rhetoric from Ansarullah Bangla Team (ABT) has been blamed for a series of murders of athiest and secular bloggers and activists. In 2015, the group published a hit list of writers and activists from around the world.

Law enforcement officials in the United States said Ullah had told them he was inspired by propaganda from the Islamic State terror group.