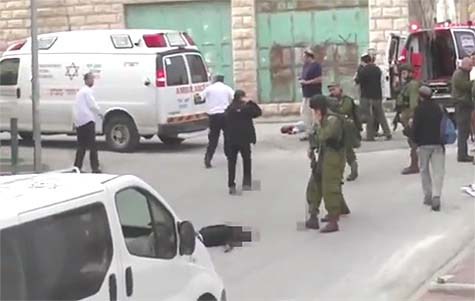 An autopsy performed on Sunday revealed that the Palestinian killed in Chevron after committing a terror attack in March died from the final gunshot wound to the head fired by an IDF soldier, according to Israeli and Palestinian officials familiar with the autopsy results.

The incident was captured on video and has since set off a political firestorm in the country over whether the soldier’s actions were justified.

The soldier is being charged with manslaughter in a military court and is currently confined to a military base.

The 19-year-old soldier shot Abdul Fatah al-Sharif in the head on March 24 as he lay on the ground while wounded from earlier gunshot wounds.

The soldier’s identity has remained secret under a gag order.

Israel’s Supreme Court allowed the Palestinian’s family to have a doctor of their choice observe the autopsy.