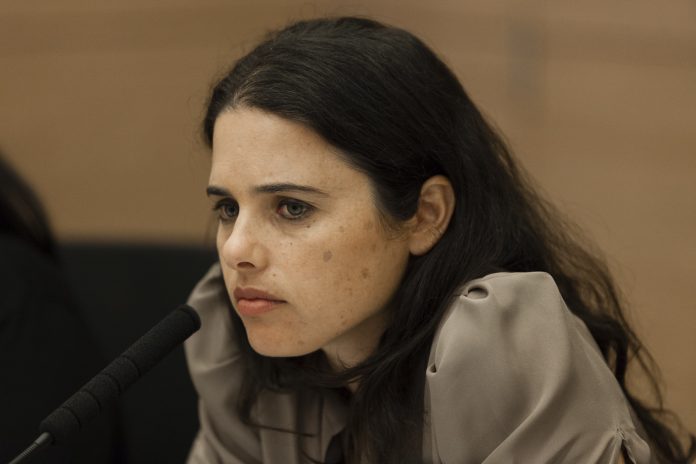 Peretz wrote on Twitter Sunday that he was “happy to relay the news that I spoke with Ayelet Shaked … and we agreed that out of [a sense of] national responsibility and concern for a right-wing government and the religious-Zionist [public], Ayelet will head the Union of Right Wing Parties.”

Under the agreement, Shaked will take the top spot, followed by Peretz, Bezalel Smotrich and New Right co-leader Naftali Bennett. The remaining spots have yet to be announced.

Bennett led the New Right in the April 9 election.

Also on Sunday, Zehut chairman and former Likud Knesset member Moshe Feiglin announced that his party will not joint the URWP alliance.

Writing on Facebook, Feiglin said Shaked had ignored his party’s overtures and chose to focus exclusively on talks with the URWP.

“The cat is out of the bag. Even though in the last election I received many more votes [personally] than either Ayelet [Shaked] or Naftali [Bennett]—the votes for the New Right were divided up between them—and even though we offered them an alliance a month ago, Shaked preferred to hold talks with every party to the right of the Likud, except for Zehut.”

“Zehut will run by itself,” continued Feiglin, “to ensure that the liberty camp is well-represented in the next Knesset. Regarding claims about splitting the right-wing vote—please address your questions to Ayelet Shaked.”