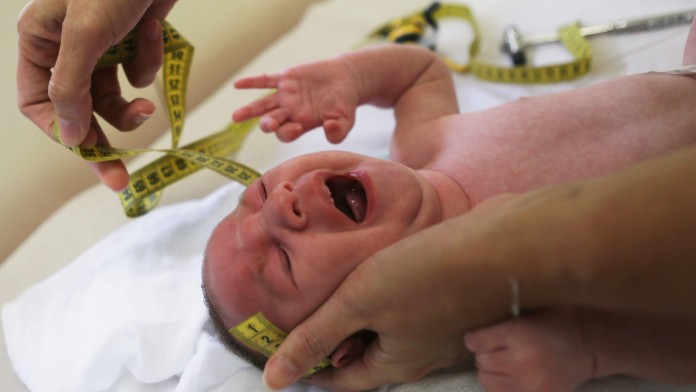 A woman who gave birth in New Jersey reportedly contracted Zika in Honduras, and her baby appears to be “affected” by the mosquito-borne virus.

Doctors at Hackensack University Medical Center say an ultrasound on the 31-year-old mother showed evidence of the birth defect microcephaly.

After the birth, officials say the baby does appear to have developed the defect, which occurs when a fetus’s brain does not grow properly. Though the baby looks “completely Zika-affected,” final tests are still being performed to confirm those results. Read more.