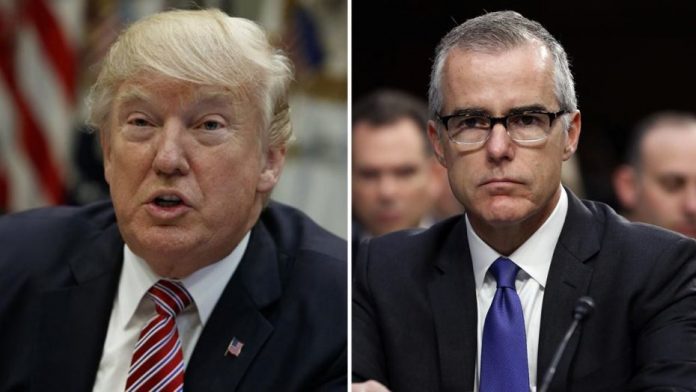 President Trump on Tuesday denied telling Andrew McCabe that his wife was “a loser,” the latest barb in the ongoing spat with the former FBI deputy director.

“I never said anything bad about Andrew McCabe’s wife other than she (they) should not have taken large amounts of campaign money from a Crooked Hillary source when Clinton was under investigation by the FBI,” Trump tweeted.

“I never called his wife a loser to him,” he added, calling it “another McCabe made up lie.”

McCabe wrote in his new book, “The Threat,” that the president asked him about Jill McCabe, who ran an unsuccessful bid for the Virginia state Senate in 2015, and told the president it’s “tough to lose anything,” but that his wife had rededicated herself to her career.

“He replied in a tone that sounded like a sneer,” McCabe wrote, according to an excerpt in The Atlantic. “He said, ‘Yeah, that must’ve been really tough. To lose. To be a loser.’