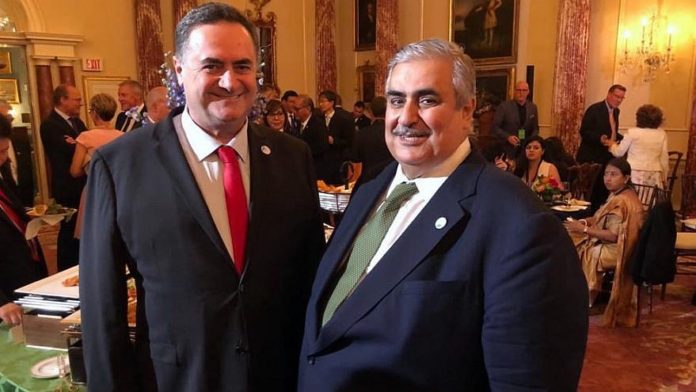 Khalifa tweeted on Monday that “Iran is the one who has declared war on us,” which seemed to be a response to earlier comments by Lebanese President Michel Aoun and an Iranian-backed militia in Iraq that reported Israeli strikes on their countries were a declaration of war.

He also said that the one who strikes their piles of arms “is not to blame. It is self-defense.”

Khalifa mentioned that Iran is using its Islamic Revolutionary Guard Corps, in addition to Hezbollah, militias in Iraq and the Houthis in Yemen, to launch war.

It’s not the first time that the Bahraini foreign minister has come to Israel’s defense when facing Iranian-backed aggression.

On July 18, Israeli Foreign Minister Israel Katz sent out a surprise post on his Twitter account, including an image of himself with the Bahraini foreign minister.