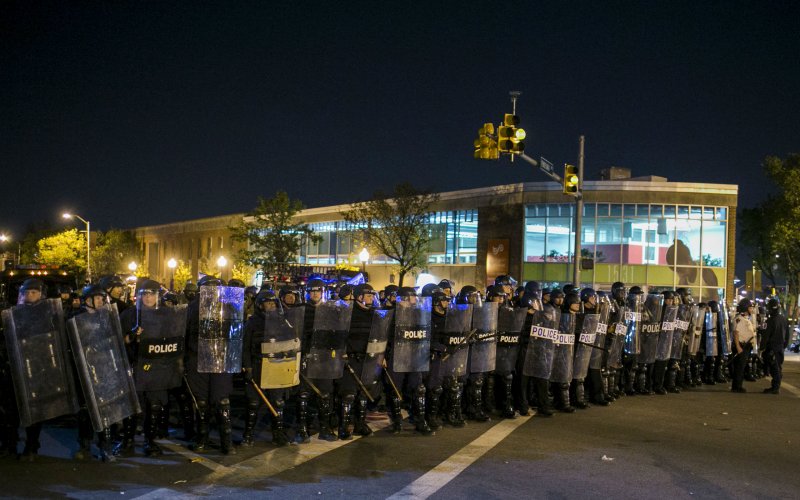 Baltimore’s top law enforcement and political leaders on Wednesday vowed a sweeping overhaul of the city Police Department after a searing rebuke of the agency’s practices, which the Justice Department said regularly discriminated against black residents in poor communities.

Officials promised improved community relations, a purge of race-based policing and a modernized department that better trains officers and holds them accountable. But they warned that reforming an agency entrenched in a culture of unconstitutional policing would be a slow process and could cost millions of dollars.

The Justice Department explicitly condemned many long-standing discriminatory enforcement practices by Baltimore police that allowed for illegal searches, arrests and stops of African Americans for minor offenses. But the highly critical report was also an indictment of “zero tolerance” and “broken windows” policing, which seeks to quell crime by targeting minor offenses. Once heralded as ground-breaking crime-fighting strategies, they are now the subject of intense scrutiny amid the national debate over racially biased law enforcement.

“The powerful thing about this report is the way in which it validates what many of us have been saying about zero-tolerance policing in Baltimore for a very long time,” said Sherrilyn Ifill, the president of the NAACP Legal Defense Fund, who lived in the city for 15 years and now lives in Baltimore County. “There are many of us who recognized that it was making the community less safe.”

Often ranked as one of the country’s deadliest cities, Baltimore has long struggled with racial strife, poverty and high crime. The city’s population had dropped significantly by the 1980s, as the crack epidemic drove the homicide rate to among the highest in the nation.

Homicides dropped to 261 in O’Malley’s first year in office. But the numbers plateaued and crept back up to 282 in the last year before he took office as Maryland governor in 2007.

A decade ago, with new leadership in the mayor’s office, the city abandoned zero-tolerance policing. The new administration concluded that it was not reducing crime and had badly damaged community relations.

The Justice Department, after its 14-month investigation, said despite that change, the old practices persisted.

In a statement released Wednesday, O’Malley, who made a failed bid for the Democratic presidential nomination this year, defended his record. He said the Justice Department’s report didn’t consider “data and trends on enforcement levels, discourtesy, excessive force, and police involved shootings prior to 2010.” The statement also said the report didn’t consider efforts by his administration to reform the police department and improve training.

“Such a review would have shown reductions in each of categories of police misconduct even as Baltimore closed down open air drug markets and achieved historic reductions in violent crime,” the statement said. “Make no mistake about it – enforcement levels rose when we started closing down the open air drug markets that had been plaguing our poorest neighborhoods for years. But after peaking in 2003, arrest levels declined as violent crime was driven down.”

The Justice Department found that zero-tolerance policing in Baltimore focused too much on the raw numbers of arrests and stops and that that resulted in disproportionate stops of black residents over petty crimes such as loitering or trespassing.

The report cited several examples of how the enforcement strategy went wrong: a boy with no criminal record arrested for loitering outside his own home; a black man in his mid-50s stopped 30 times in less than four years; and a police sergeant telling a patrol officer to “make something up” when there was no reason to stop and question a group of black men sitting on a corner.

“These and similar arrests identified by our investigation reflect BPD officers exercising nearly unfettered discretion to criminalize the act of standing on public sidewalks,” the report found.

Baltimore Mayor Stephanie Rawlings-Blake (D) said that while the findings of the report are “challenging to hear,” the investigation creates a “crucial foundation” that will allow the city to change the department.

“The report and its follow-up will help to heal the relationship between the police and our communities,” Rawlings-Blake said.

Now that the investigation is complete, city officials will work with the Justice Department to implement a series of court-mandated reforms outlined in what is known as a “consent decree.” The mayor said it could cost the city $5 million to $10 million annually to make the suggested changes, which include improved training and new technology and equipment to modernize the police force.

The court-enforced order will be independently monitored.

City Police Commissioner Kevin Davis said he has already fired officers as a result of the Justice Department’s investigation. Davis also said he would not tolerate policing that is sexist, racist or discriminatory.

“Change is painful, growth is painful,” he said, “but nothing is as painful as being stuck in a place that we don’t belong.”

Baltimore has long struggled with strained relations between residents and police, but the need to ease those tensions became more urgent after the death of Freddie Gray in April 2015. Gray, 25, suffered a fatal spine injury in police custody, triggering demonstrations and riots that flung the city into the national debate over race-based policing and fatal law enforcement encounters involving black men.

Prosecutors dropped charges against three of the six officers charged in the Gray case after a city judge acquitted the other three in bench trials.

Gray’s death prompted a number of police reforms, including installing cameras in the back of police vans, accelerating the city’s body-camera program and developing new policies on the use of force.

Wednesday’s report – which focused on agency-wide, institutional practices – is separate from a specific, ongoing probe into Gray’s death.