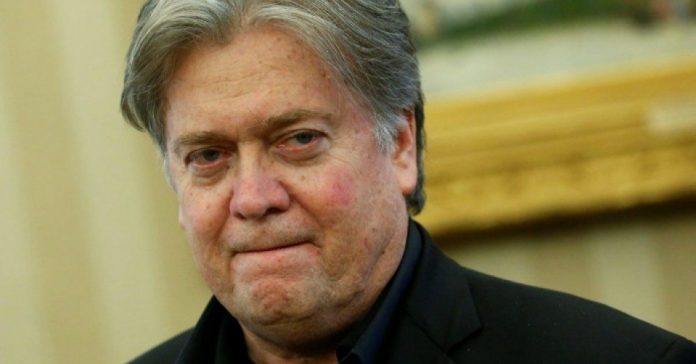 Ousted White House chief strategist Stephen Bannon planned to dismiss the explosive new book on the Trump administration as a “lefty hatchet job” before President Trump lashed out at him, according to a new report.

CNN obtained Bannon’s original statement on the book, in which Bannon planned to praise Donald Trump Jr. as a “great American and a patriot”

“Don Jr., like his father, is a great American and a patriot. And we all know Don Jr. did not knowingly meet with Russian agents,” Bannon’s statement reads.

“Michael Wolff took my remarks about Don Jr. out of context to sell his book. Sadly, this is yet another lefty hatchet job intended to disrespect our President and his supporters.”

“As I said during my interview with ’60 Minutes’ and many times since, there is no basis to the Russian investigation. It’s a political witch hunt orchestrated by the left,” the statement reads.