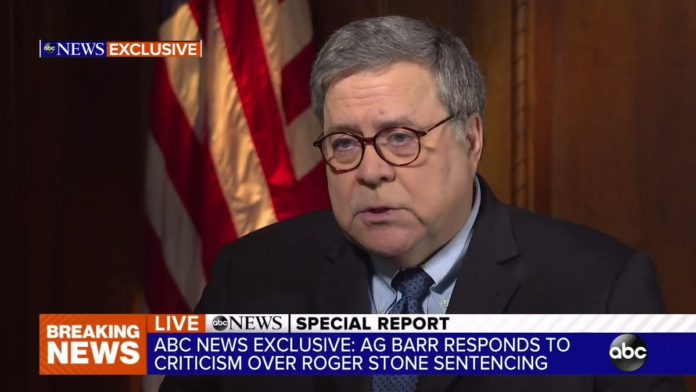 Attorney General William Barr told ABC News in an interview that aired Thursday that President Trump had never asked him to do anything in a criminal case but advised the president to stop tweeting about the Justice Department, saying it makes it “impossible for me to do my job.”

The remarks are a significant and rare public break by the attorney general from the president, following days of controversy surrounding the Department of Justice’s (DOJ) decision to lessen a sentence for Trump ally Roger Stone after the president tweeted about his displeasure with the gravity of the original sentence recommendation.