Attorney General William Barr says he’s willing to drop the administration’s push for the death penalty against two admitted Islamic State detainees who are accused of being involved in the executions of American, British, and other foreign hostages in Syria to secure Britain’s cooperation in their prosecution.

Barr told other senior administration officials during a White House meeting on Wednesday that he would drop the death penalty if that will cause Britain to share critical evidence against the two men, who are both former British citizens, reports The Washington Post, quoting a source close to the situation.

His move comes as the Pentagon is pushing to get the ISIS detainees out of U.S. military custody in Iraq and while FBI agents are in London and a federal prosecutor is in Iraq looking for more evidence.

Both Barr and former Attorney General Jeff Sessions had been against a possible death sentence for El Shafee Elsheikh and Alexanda Kotey, two of four British-raised militants believed to be involved in beheading hostages. Their accents led captives to nickname them “The Beatles.” 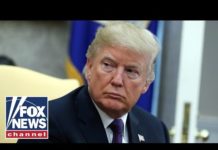 Watch: Trump To Accept Nomination In Private With No Press