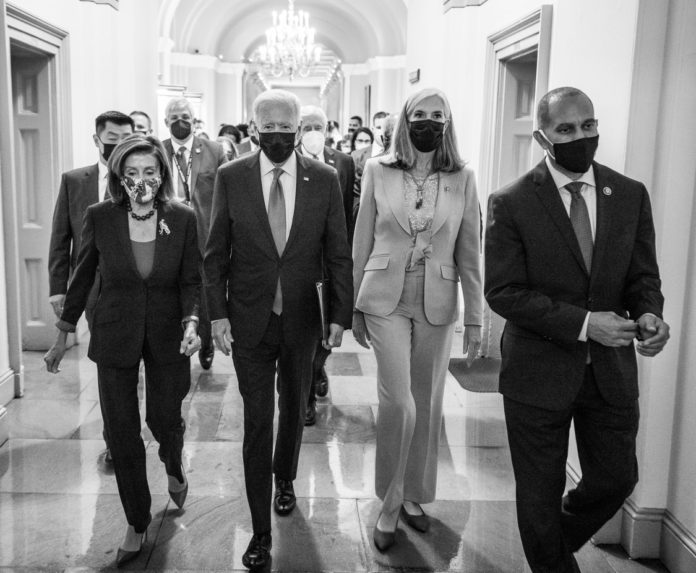 The divide in the Democratic Party over the $1 trillion infrastructure bill and wider social program bill with a $3.5 trillion price tag has “sunk” President Joe Biden — and could put the popular hard infrastructure on a “long pause,” Sen. John Barrasso, R-Wyo., said Sunday.

In an interview on “Fox News Sunday,” Barrasso said Biden has proven to be “neither competent nor a centrist.”

“We are watching [an] episode of the Twilight Zone,” Barrasso said. “I thought Joe Biden went to the Hill on Friday to get the bipartisan infrastructure bill passed and instead, he surrendered to the radical wing of his party.”

The president had gone to Capitol Hill on Friday for a private meeting with House Democrats that was partly a morale booster for the disjointed caucus of lawmakers. According to lawmakers in the room, he discussed a $1.9 trillion to $2 trillion-plus price tag for the larger package that would expand the country’s social safety net.

And on Saturday, Biden acknowledged frustrations as Democrats strain to rescue a scaled-back version of his $3.5 trillion government-overhaul plan and salvage a related public works bill.