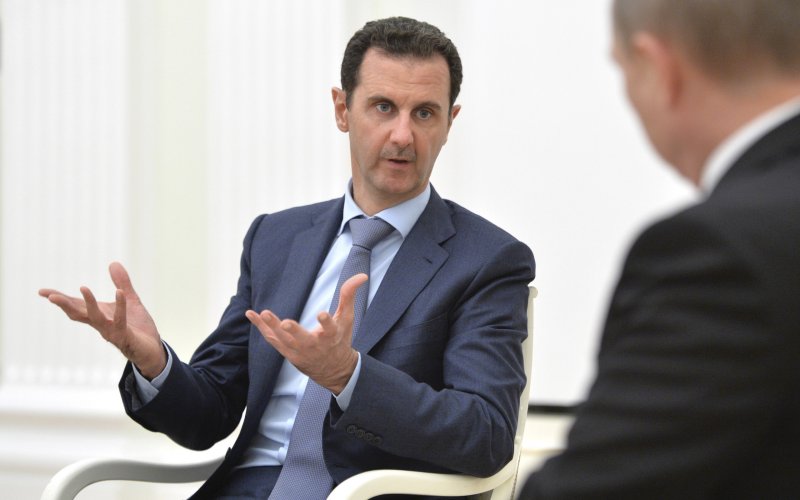 An unrepentant Syrian President Bashar al-Assad declared in a meeting with journalists that he will remain in power through at least 2021, according to The New York Times. In a concerted public-relations effort, Assad invited half a dozen British and American journalists, along with policy experts, to his palace to discuss his policies amid a brutal civil war. The leader refused to take any blame for the deadly war that has taken a severe toll on civilians, instead putting responsibility on the rebels, Islamic State militants, and the United States government.

According to the Times, “Assad ruled out political changes until government forces won the war, and he declared that he expected to be president at least until his third seven-year term ends in 2021.” Additionally, he claimed that the “social fabric in Syria—a country where half the population has been driven from their homes, hundreds of thousands have been killed, tens of thousands more imprisoned and city centers reduced to rubble—was ‘much better than before’ the war.” Read more at THE NEW YORK TIMES.