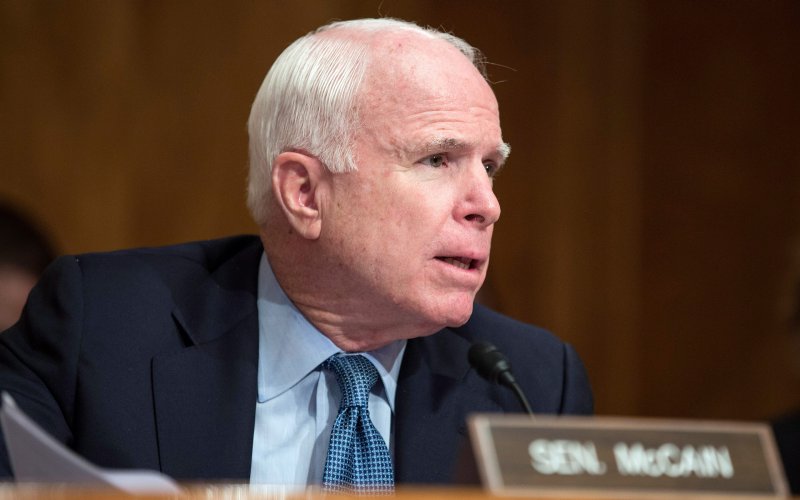 A day after announcing that he is combating a brain tumor, Sen. John McCain, R-Ariz., used his signature snark to warn colleagues that he will be returning soon to Washington.

“I greatly appreciate the outpouring of support – unfortunately for my sparring partners in Congress, I’ll be back soon, so stand-by!” McCain tweeted Thursday morning, just hours after his office confirmed that he has been diagnosed with a tumor called a glioblastoma after surgery to remove a blood clot above his left eye last week.

If true, “the administration is playing right into the hands of Vladimir Putin,” McCain said in the statement. “Making any concession to Russia, absent a broader strategy for Syria, is irresponsible and shortsighted. The administration has yet to articulate its vision for Syria beyond the defeat of [the Islamic State], let alone a comprehensive approach to the Middle East.”