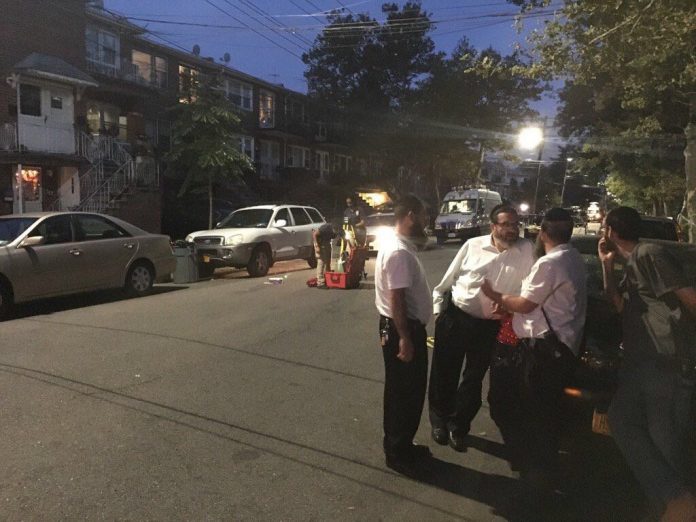 An Orthodox Jew was killed today on East 73 and Ave M in Flatbush, Brooklyn, after a dispute over a parking spot.

At about 11:30 last night, Omri Dahan, 23, along with his 29-year-old brother, were blocked into their driveway by a Volkswagen Jetta. After honking for several minutes, the car’s owner walked out of a neighboring house and instigated an argument.

The altercation escalated, and both brothers were stabbed by the attacker, who sped off in the Volkswagen soon after.

No arrests have been made yet.

Today’s events are a tragic sequel to another horrible episode to have befallen the Dahan family.

According to reports, Omri is the son and brother of Shlomo Dahan Z”L and Harel respectively.

In 2009, father and son were killed in an incident at a Queens waste plant, where Shlomo Z”L, 49, tried to save his 23-year-old son Harel Z”L after he had fallen into an 18-foot cesspool at their worksite.

A third man, Rene Francisco Rivas, was also killed in that accident.