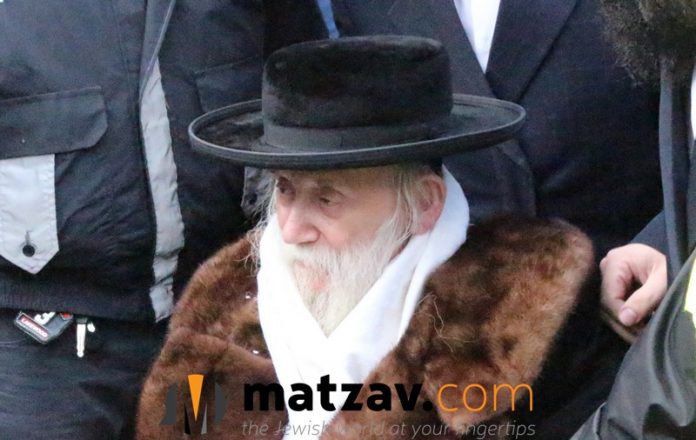 It is with great sadness that Matzav.com reports the passing of Rav Efraim Fischel Hershkowitz zt”l. He was 94.

When he was older, Rav Hershkowitz would accompany his father and zaide to visit the Spinka Rebbe, Rav Yitzchok Weiss every Yom Tov.

As a boy, Rav HErshkowitz learned at the local Talmud Torah in Munkacs. When he was ready to attend yeshiva, his father did not want to send him to one of the large, Ashkenazi yeshivos of the time, but chose for him to remain in Munkacs, learning with other bochurim in the Spinka kloiz without a rov or rosh yeshiva. Occasionally he would ask questions of his uncle, Rav Dovid Schlussel, who was a dayan in the bais din of Rav Chaim Elazar Spira in Munkacs.

Rav Hershkowitz played an active role in judging cases of agunos after the September 11 attacks and was renowned as a leading posek, with knowledge in all areas of Shas and poskim.

The levaya will be held tomorrow morning, at 10 a.m., at the Sanz-Klausenberger Bais Medrash on Lee Avenue in Williamsburg. The aron will then be flown to Eretz Yisroel for kevurah at the Sanzer Bais Hachaim in Netanya.