The Obamacare website may work for people buying insurance, but beneath the surface, HealthCare.gov is still missing massive, critical pieces – and the deadline for finishing them keeps slipping.

As a result, the system’s “back end” is a tangle of technical workarounds moving billions of taxpayer dollars and consumer-paid premiums between the government and insurers. The parts under construction are essential for key functions such as accurately paying insurers. The longer they lag, experts say, the likelier they’ll trigger accounting problems that could leave the public on the hook for higher premium subsidies or health care costs.

It’s an overlooked chapter in the health care law’s story that has largely escaped scrutiny because consumers aren’t directly affected. Yet it bolsters the Republican narrative that the government has mishandled the implementation of Obamacare.

“It seems like the insurers’ experience with Obamacare is a lot like that of far too many Americans: broken promises, frequent delays and constantly shifting rules of the road,” said Don Stewart, a spokesman for Senate Minority Leader Mitch McConnell. “It seems like there’s a lot more to the story than what the administration says in their pep rallies.”

Without a fully built and operational system, federal officials can’t determine how many of the 8 million Obamacare sign-ups announced last week will have actually paid their premiums. They won’t even know how many enrollment attempts were never completed. That, in turn, could affect the amount of money the government spends on premium subsidies. And once the system finally does all come on-line, the data delays could force a sharp revision in that celebrated 8 million figure. 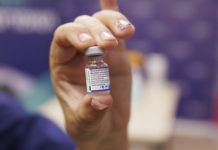