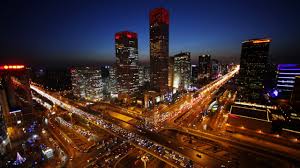 Beijing has replaced New York City as the “billionaire capital of the world.” Beijing now reportedly has 100 billionaires, the Associated Press reports, compared with New York’s 95.

Different measurements of wealth, such as the Hurun Report—the standard used in the AP story—and the Forbes list, have produced historically varied results in number of billionaires and how they spend money in the world’s richest cities.