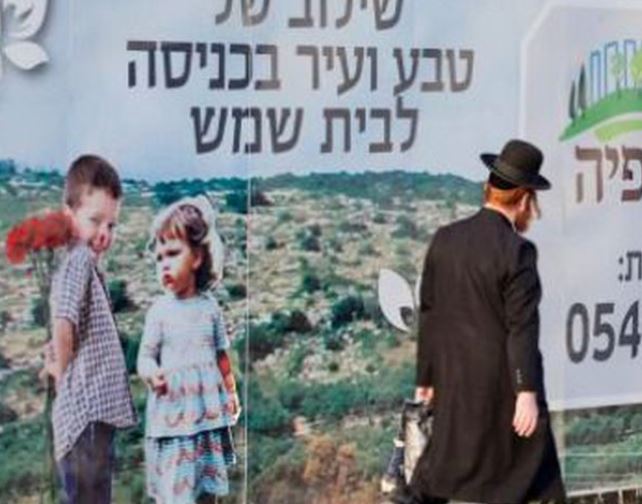 When young men and women struggling to find their soulmate reach the chuppah at last, it is often assumed that marriage will bring their ‘happily ever after.’ For the H family of Beit Shemesh, however, it was the beginning of tremendous struggle.

Mr. H is autistic. His wife, Mrs. H, has the mental capacity of a child. Despite the odds, they have managed to raise 9 children together, many of whom are autistic as well. Unfortunately, the couple has not coped well with the pressures of parenthood. The household is one of chaos and disorder. Many of the children suffer from what one chesed volunteer described as “severe emotional disturbances and learning disabilities.” The situation became so dire that the community was forced to step in.

Through tremendous community effort and generosity, several of the H children were placed into the necessary therapies and treatments, and relocated to foster parents who are more capable of providing them with their needs. The operation was highly successful, rehabilitating the teenagers so that they could live functional, happy lives.

Those involved in the efforts, however, recently hit a wall: They have run out of funds, and 5 children still remain in the home. Many of them cannot afford the therapies needed to become functional. One son requires an aide, as he is unable to navigate everyday activities without endangering himself. An aide would cost the family 10 thousand shekels (nearly $3000) per month. This is far, far beyond their means.

Rabbi Eli Simcha Keller released a powerful video to the public in which he describes the situation at hand: “I’ve been working in chesed organizations in Beit Shemesh for many years now, but I’ve never seen a home like this,” he says, addressing the camera.

“They’re deteriorating from day to day for lack of resources. We’ve done all that we can for this family. We’ve used all the local sources of funds: family, friends, neighbors, community members.

We can still rescue them, but we need your help.”

Those who are willing and able to join this emergency operation, to save children who, through no fault of their own, were born into a family suffering from severe mental illness, can do so here for a limited time.