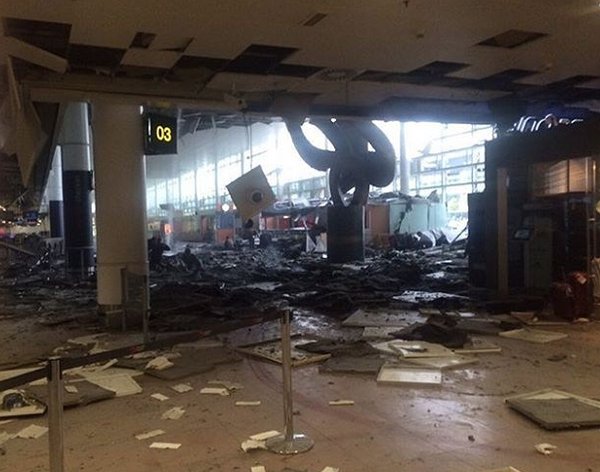 A European call center issued a public apology on Thursday, after a report in the Belgian press revealed that an employee at its Brussels branch had denied the existence of Israel during a phone conversation with a Jewish volunteer from Antwerp trying to arrange the return home of two Israelis wounded in last week’s terrorist attacks on the city’s airport.

According to the report, in the Belgian monthly Jood Actueel, the IPG Action Crisis Center employee insisted on calling Israel “Palestine,” and the “occupation.”

IPG said it “profoundly regrets” the incident, announcing that the offender’s job was “terminated with immediate effect.”

Referring to the conversation as a “strictly isolated incident,” IPG said that “goes against all [its] values and rules of conduct.”

Moreover, the incident sharply contrasts with the excellent dedication shown by our crisis center teams, who have answered thousands of calls, day and night. We are very grateful for their commitment. IPG apologizes to all who may have been offended by the acts of our former employee. IPG would like to take this opportunity to express our deepest sympathy to all the victims of the tragic events of last week in Brussels, as well as their relatives.

Both the recording and transcript of the phone call in question appeared in the article. The latter is as follows:

Volunteer: Good afternoon, my name is X, I am a volunteer in the Jewish coordination committee of Antwerp. We are contacted by persons… we have 2 persons of the Jewish community that were hurt in the attacks in the airport.

X: They are prepared to be transported back to Israel. Our volunteers are busy with it and take care of everything, but we received information from the hospital that we need special papers from the police that they can be released. Is this correct and to who should we ask that? Can you tell me more about that?

CC: That is effectively.. I will take a look. So … they go back to Palestine.

CC: Yes, but that was before Palestine, of course. OK.

X: Could you repeat that again, please? What is the name?

X: Can I get your name, please?

X: And you know only Palestine?

CC: I know the Jews went there, that Palestine received them and that there is a war between Israel and Palestine, of course. And the occupation… that’s what’s on the news, of course.

X: Can you help me with the question I have, or not?

CC: Naturally, of course. Thus they go back to Palestine and ask that they could get an attestation. Voila, it is noted.

X: Can I have you name again, I didn’t understand it well.

CC: That is correct.

X: Zakaria what? What is your last name?

CC: I am not obliged to give it.

X: Thank you very much.

The suicide attacks in Brussels took place on the morning of March 22, when three coordinated bombs were detonated, two at the airport in Zaventem, and one at the Maalbeek metro station. Thirty-two people were killed in the ISIS-perpetrated attacks, not including the three terrorists, and more than 300 people were wounded. The event was said to be the deadliest terrorist attack in Belgium’s history.

The English translation of the call center phone conversation was provided by pro-Israel blogger Elder of Ziyon.