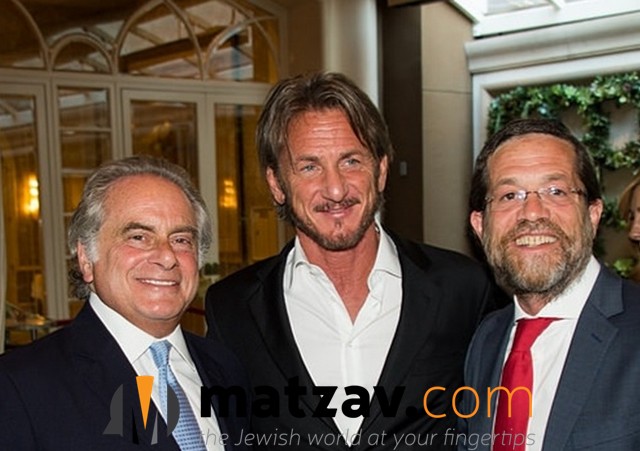 The Aleph Institute has released a video of acclaimed defense attorney Ben Brafman’s moving speech, at its first West Coast Gala, where Brafman was honored with the Champion of Hope Award alongside financier Mitch Julis and actor Sean Penn. To see highlights of the gala, including Sean Penn’s surprised remarks to Jacob Ostreicher, click here.

Founded by Rabbi Sholom Lipskar, the Aleph Institute is the nation’s premier Jewish organization that cares for the incarcerated and their families.

“Ben Brafman truly embodies Aleph’s mission to make sure that no one is alone or forgotten,” said Rabbi Aaron Lipskar, who serves as Aleph’s Executive Director. “He is a tireless advocate for incarcerated people and their families, and it was truly a privilege to honor him.”

Mr. Brafman accepted the Champion of Hope Award at the Aleph Institute’s Heroes of Hope Gala, where he served as the keynote speaker.

In his speech, Mr. Brafman highlighted the acts of chesed (kindness) that are performed by the Aleph Institute every day. “Aleph is always there when you call them,” he said. “When Aleph shows up and gets someone a menorah, or gets them matzah, or just says hello, it’s amazing the breadth of this mitzvah. Aleph restores their humanity.”

Mr. Brafman spoke at length about the importance of the work that the Aleph Institute does not only for those who are incarcerated but also for their families. Aleph’s rabbinical visitation program brings light into the darkest places, and its family services department provides emotional support as well as job training to spouses who have lost the family breadwinner to incarceration. Additionally, every summer, Aleph sends over 80 children with incarcerated parents to Jewish camp, where they have the opportunity to make friends with other kids their age and strengthen their Jewish identities.

“Benjamin Brafman’s speech was incredibly moving,” said Rabbi Zvi Boyarsky, who serves as the Aleph Institute’s Director of Constitutional Advocacy and Religious Rights. “Mr. Brafman has shown an exceptional commitment to helping others in whatever circumstances they may be. All of us at Aleph are blessed to know such a dedicated, hardworking advocate and philanthropist. He is a true champion.”

In addition to Ben Brafman, two other keynote speakers were honored at the Aleph Institute’s Heroes of Hope Gala: actor Sean Penn and philanthropist Mitch Julis.

Sean Penn accepted the Hope in Action Award for his invaluable assistance in rescuing Jacob Ostreicher from a Bolivian prison. “A real hero is the one who is called the victim, the one in the hardship who somehow keeps standing,” Mr. Penn remarked. After Ostreicher profusely thanked him, Mr. Penn added, “It is I who needs to thank him.”

Financier Mitch Julis, a profoundly dedicated Aleph partner, and a renowned philantropist,  accepted the Builder of Hope Award. “The only way my parents and grandparents made it was by sharing,” he said, emphasizing the importance of accounting for one’s deeds and actions. Mr. Julis has brought hope to thousands in despair through his dedication, vision, and ongoing support of the Aleph Institute. Mr. Penn later commented on how Mr. Julis’ speech had resonated deeply with him.

The Gala brought together approximately 400 guests, including Rabbis, community leaders, celebrities, professionals, and men and women from all corners of society. At the event, Aleph’s newest program, Project Tikvah, was launched. The new program addresses the unique needs of young people at high risk of incarceration due to addiction and mental health issues.