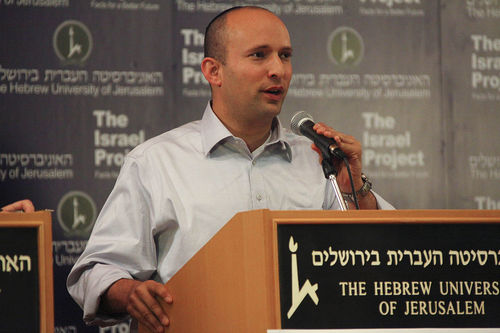 “After I completed the punishing training course in the Sayeret Matkal (Reconnaissance Unit 269) unit and arrived at Officer Training School, I removed my yarmulke,” he said. “I wanted to be exposed to the secular world. It was something that attracted me a lot… For about two years I did not wear a yarmulke.”

Bennett credits his return to Torah observance to the anti-religious outburst that erupted after former Prime Minister Rabin’s assassination 1995.

Raised in San Francisco, Bennett influenced his parents to become observant when he returned from a religious kindergarten wearing a yarmulke and tzitzis.