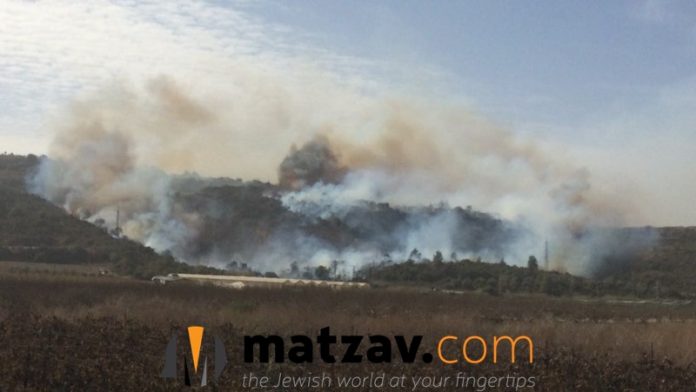 Deputy Knesset Speaker MK Nava Boker (Likud), whose husband Lior Boker died in the Carmel forest fire of December, 2010, criticized the Finance Ministry, saying proper buffer lines between natural brush and populated areas could have prevented both bodily injuries and property damage in the current round of fires.

“The Finance Ministry has been withholding monies that were earmarked for creating a buffer zones between forests and towns. These could have prevented these fires from harming people,” said Boker, who also serves as chair of the Knesset Subcommittee for Fire and Rescue Services.

Boker also pointed out the date of the current crisis, just a week before the sixth anniversary of the Carmel Forest fire.

Forty-four people died in that blaze, 74 were wounded and dozens of structures were damaged.

“It is frightening that the failures of that incident were not studied and that no conclusions were drawn. Did our loved ones die in vain?” Boker asked.

Boker said she would call for an emergency session of the subcommittee she heads in order to get answers from officials charged with drawing conclusions (from the current fires). She also said she would demand the Finance Ministry release funds that were collected from the Jewish National Fund (JNF) for the purpose (of establishing buffer zones).

“We, the bereaved families from the Carmel fire, demand an end to these types of failures. [We must] protect, once and for all, the lives of the citizens of the State of Israel,” said Boker.

In addition to the existing fires, a new blaze broke out Wednesday morning in the Jerusalem corridor, near the town of Nataf. Residents of the town were evacuated.

In Zichron Ya’akov, local officials told residents to stay indoors with the windows and vents closed as far as possible.

In the Binyamin region, authorities noted a spike in breathable [smoke] particles in and around the community of Dolev and recommended that elderly people and individuals with respiratory conditions leave the area.