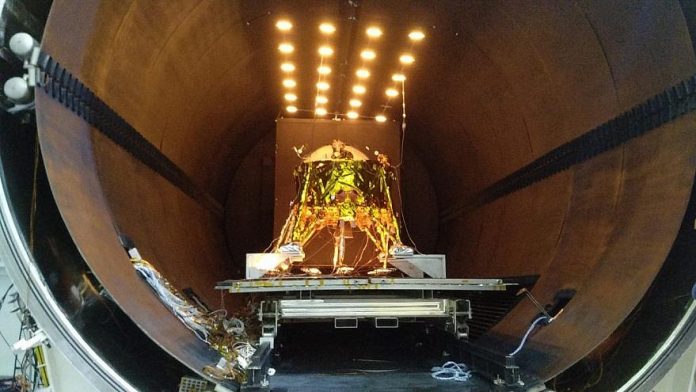 Israel will send a time capsule along with an Israeli spacecraft on the Jewish state’s first mission to the moon in 2019.

The capsule will consist of the Bible, pictures of Israeli symbols like the flag, Israeli songs, drawings by children and a booklet by a Jewish man about surviving the Holocaust, in addition to other materials.

The spacecraft, Bereshit (the Hebrew word for “Genesis”), will launch from Cape Canaveral, Fla., in February. The time capsule is expected to remain on the moon indefinitely.

SpaceIL and the Israeli Space Agency announced in October a collaboration with the National Aeronautics and Space Administration that will allow SpaceIL to better its capability to monitor and “communicate with the spacecraft before, during and after landing on the moon,” according to SpaceIL in a statement.

“This is another step on our way to the moon,” said SpaceIL CEO Ido Anteby. “Inserting the disks into the spacecraft, which is a real ‘time capsule,’ indicates the spacecraft’s readiness to blast off from the launch site in a few weeks.”

“SpaceIL’s crews and IAI have completed testing of the spacecraft and its systems, and are preparing for the beginning of the amazing and complex journey that exemplifies innovation, creativity and courage,” continued Anteby. “The spacecraft’s historic journey, which also includes a scientific mission, makes a significant contribution to advancing the space industry and the subject of space in Israel.”

“We are proud to be the first non-governmental entity in the world to go to the moon,” said IAI Space Division general manager Opher Doron. “Landing on the moon was for many years a little-discussed topic among the public, but recently we see growing interest as world superpowers seek to return to the moon in a variety of commercial missions.” JNS.ORG