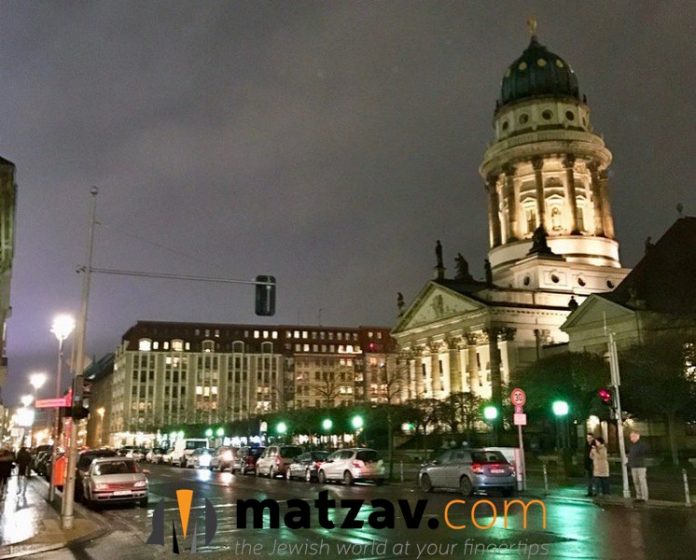 Police have released a knife-wielding Syrian refugee who had to be subdued by pepper spray by security guards outside a Berlin synagogue after he crossed its security barrier.

Investigators said they had to release the man, a 23-year-old from Damascus, because they did not have enough evidence to charge him with a crime at this point. The investigation is ongoing, according to the state Prosecutor’s Office.

The response was woefully inadequate and even dangerous, Josef Schuster, head of the Central Council of Jews in Germany, said in a statement Monday. He said the violent nature of Friday’s incident prior to Shabbos services at the historic Neue Synagogue should have merited a tougher response.

A “dangerous man” is now at large, he said.