Sen. Bernie Sanders (I-Vt.) thinks there is reason to doubt the predicted “blue wave” in next month’s midterm elections, saying control of Congress will be decided by a few tight races.

“I know a lot of people talk about this blue wave and all that stuff, but I don’t believe it,” Sanders told Hill.TV’s “Rising” co-host Krystal Ball during an interview that aired on Monday.

Sanders said he believes that the outcome from Nov. 6 will be a “very, very close” situation and predicts that only a “handful of votes” will determine whether Democrats are able to regain control of the House or Senate. 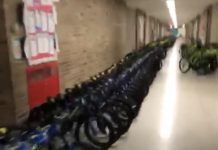 CHECK THIS OUT : Noted Askan Gary Torgow Gives Out Hundreds Of Bicycles To Jewish Children During The Coronavirus Lockdown 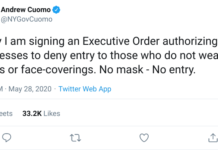