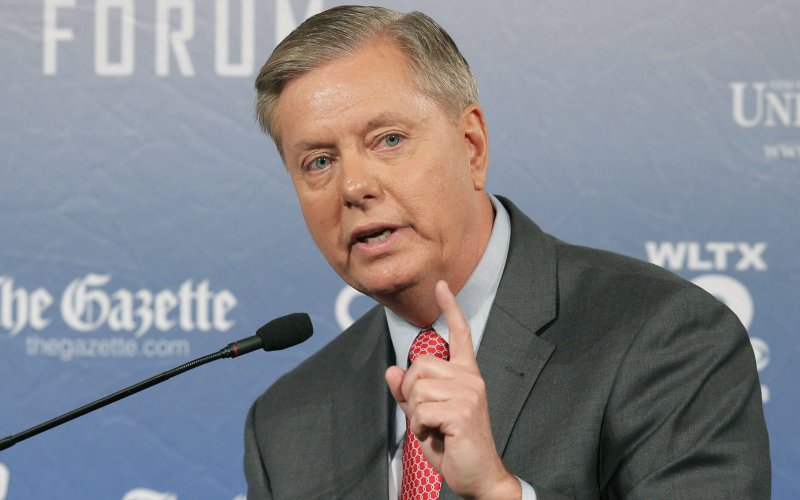 Sen. Lindsey Graham got emotional recounting a long phone call to Joe Biden – “as good a man as God ever created,” he said.

The vice president had been dealt a “gut blow” with the death of his son Beau Biden, said the Republican senator from South Carolina. Talking with Graham, though, the prominent Democrat had focused on the future.

“If you can’t admire Joe Biden as a person, then you got a problem,” Graham told a reporter, laughing in the back of a car. “You need to do some self evaluation. ‘Cause what’s not to like?”

The HuffPost clip from 2015 has resurfaced again and again as President Donald Trump’s attacks on a potential 2020 rival and his family drive an increasingly conspicuous and newly personal wedge between Graham and Biden. While Democrats build the case that Trump tried to pressure Ukraine into damaging his political rivals – by investigating Biden and his son Hunter – Graham has joined Republicans to argue that the Bidens should, in fact, be probed.

“I don’t know what happened to Lindsey,” Jill Biden said on CNN’s “New Day,” criticizing Republicans’ focus on her son amid impeachment proceedings against the president.

“We used to be great friends,” she said of Graham. “I mean, we traveled together with the Foreign Relations Committee, we had dinner, you know . . . And now he’s changed,” she said.

Representatives for Biden and Graham did not respond to requests for comment Monday.

Biden and Graham were close for decades despite political differences, as The Washington Post’s Greg Jaffe and Matt Viser reported in December. About to become second-in-command in the Obama administration, Biden picked Graham – who had the “best instincts in the Senate,” he said – to join him on a trip to Kabul, Afghanistan, where they were united in concern about the state of the war in that country.

The vice president even offered his support in Graham’s reelection campaign in 2013. As Graham faced criticism from more conservative Republicans and the prospect of a primary challenge, Biden joked that he could lambaste his colleague if needed.

“I told him I’ll come to South Carolina and campaign for him or against him, whichever will help the most – I know which it’ll be,” Biden said at a forum. “I’m going down there to the JJ next weekend, Lindsey,” referencing the South Carolina Democratic Party’s annual Jefferson-Jackson dinner, “and I assure you I will rip your skin off for you.”

“I expect a thank-you note,” he quipped.

Like their close friend John McCain, Biden and Graham built reputations for reaching across the aisle for years in the Senate. Graham was part of the “Gang of Eight” that pushed for sweeping bipartisan immigration reform. And Biden left the chamber where he’d spent more than three decades with nods to former segregationist colleagues, deeply controversial figures he’d nonetheless forged connections with and said he had seen redeemed.

“Every good thing I have seen happen here, every bold step taken in the 36 years I have been here, came not from the application of pressure by interest groups, but through the maturation of personal relationships,” Biden said.

Biden and Graham were also united in their distaste for Donald Trump – at first. Graham was aghast at Trump’s presidential aspirations and his infamous dig at McCain while campaigning. (“He’s not a war hero,” Trump said of the former Republican senator from Arizona, adding that he liked “people who weren’t captured.”)

Graham responded by calling Trump a who was “appealing to the dark side of American politics” and had no place in the Republican Party. “He’s a race-baiting, xenophobic, religious bigot,” Graham added later in the year. “I’d rather lose without Donald Trump than try to win with him.”

But while Biden has become one of Trump’s chief challengers, pitching himself first and foremost as the Democratic candidate to beat a menace to the country, Graham has drawn close to the man he once disdained – rejecting his old labels of bigotry, praising Trump’s work in office and becoming the president’s “greatest ally in the Senate,” as a Post article put it in 2018.

Until recently, Graham and Biden had been able to avoid a direct confrontation.

Then came impeachment and a subplot centered on the Bidens.

Trump insists he did no wrong and was justified in pushing Ukraine to investigate unsubstantiated allegations that Biden fired a Ukrainian prosecutor to protect his son Hunter. The prosecutor was probing the gas company Burisma, where Hunter Biden used to sit on the board – a position that’s raised some eyebrows given his father’s role in U.S.-Ukraine relations at the time.

There is no evidence that the elder Biden conducted foreign policy with his son in mind or that Hunter was targeted in the Burisma probe, and Democrats dismiss those suggestions as a distraction from Trump’s alleged high crimes and misdemeanors. But Republicans have repeatedly argued that Trump’s allegations against the Bidens deserve further scrutiny. In November, Graham asked the State Department for documents related to Burisma and information on calls between the former vice president and the then-president of Ukraine.

“Lindsey is about to go down in a way that I think he’s going to regret his whole life,” he said the same week on CNN, suggesting Graham was eyeing his reelection prospects as he stood staunchly with Trump. Asked what he would tell Graham directly, Biden said: “Lindsey, I just – I’m just embarrassed by what you’re doing, for you. I mean, my Lord.”

He also put the clash in personal terms, saying Graham knows the allegations are baseless because he “knows me” and “knows my son,” while Graham countered that his actions have “nothing to do with friendship.”

“My friendship with Joe Biden, if he can’t withstand me doing my job, it’s not the friendship I thought we had,” he responded on Fox News Radio.

Graham is still calling for an investigation after Trump’s impeachment trial comes to a close, ideally by a nonpartisan actor akin to special counsel Robert Mueller, he said.

“To my Democratic friends, I stood with you when you called for an outside entity to look into President Trump,” he said recently. “I’m asking you to allow somebody outside of politics to look at what happened with the Bidens.”

Sparring in interviews as impeachment hurtles toward almost-certain acquittal, Graham and Biden have both downplayed the impact on their personal relationship. Graham has maintained that he “loves” Biden – “one of the finest men I know,” he reiterated last month – but also doesn’t think he’s “beyond being looked at.” Biden, meanwhile, told a newspaper in Graham’s home state that he doesn’t know “what’s gotten into Lindsey” but also doesn’t “have any time to hold a grudge.”

Jill Biden’s comments Monday on CNN described a deeper rift, though. The network’s John Berman had brought up Graham, “whom I think you count as a friend,” he began.

Berman noted the use of past tense.

Had the relationship changed?

“It’s hard when you, I don’t know, consider somebody a friend and then they’ve said so many things – so many negative things,” Jill Biden said. 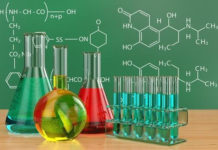