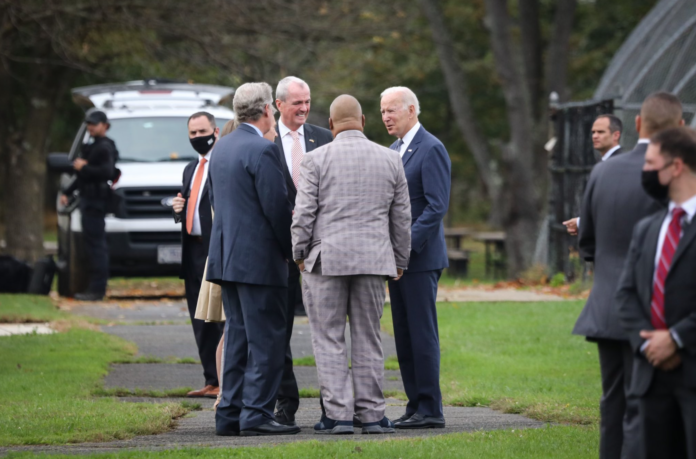 The backlash against President Biden has spread to solid-blue New Jersey, a new poll finds, where Democratic Gov. Phil Murphy is in a dogfight for reelection.

The Monmouth University survey released Wednesday found that just 43 percent of New Jerseyans approve of Biden’s performance in the White House — down from 51 percent in August and 55 percent in May.

Nearly half of Garden State residents (49 percent) disapprove of the job Biden is doing, up from 41 percent in August and 40 percent in May.

Biden’s decline in the Garden State — which he carried by nearly 16 percentage points in last year’s presidential election — is in line with the national trend. A Quinnipiac University survey released last week found that just 37 percent of Americans approve of the job the president is doing, down from 46 percent in August and 49 percent in May.

The Monmouth poll shows Biden underwater with every age group and performing worst among younger New Jersey voters. Just 38 percent of Garden State residents between the ages of 18 and 34 approve of the president’s job performance, while 52 percent disapprove.