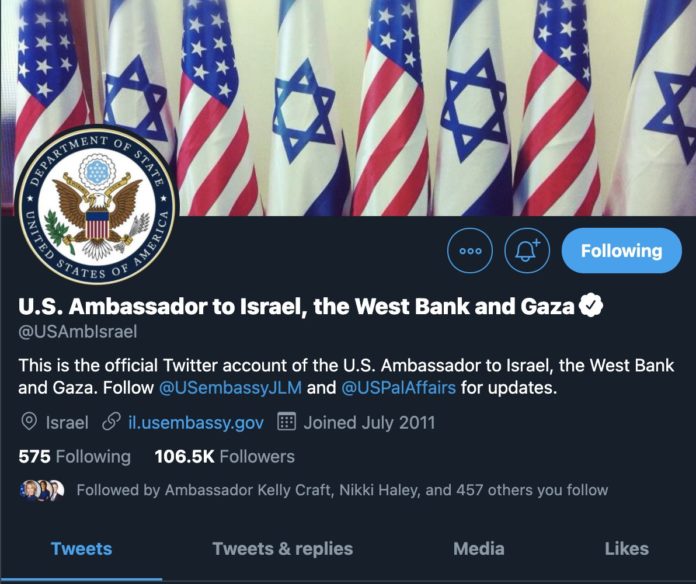 The change in title marks a significant shift in policy toward Israel. The United States has for decades declined to take a policy position on the West Bank and Gaza territories, maintaining the Israelis and the Palestinians must decide in negotiations how the areas will be split up for a future Palestinian state. By including Gaza and the West Bank in the ambassador’s portfolio, the Biden administration appears to be determining that neither area is part of Israel—a move that is certain to rile Israeli leaders. The incoming administration’s move also signals that it will elevate the next ambassador’s role to include conducting direct diplomacy with Palestinian leaders, including in the Gaza Strip, where the Hamas terror group maintains control. This is the only ambassador tasked with conducting diplomacy in a region controlled by a U.S.-designated terror group.

During the Obama administration, former ambassador Dan Shapiro was referred to in official communications as the “U.S. Ambassador to Israel.”

While President Joe Biden has said he would maintain the U.S. embassy facility in Jerusalem—which former President Donald Trump moved in a historic policy shift—it is likely he will put greater emphasis on Israeli-Palestinian peace talks, which have long been stalled. Biden also will grapple with the last administration’s decision to recognize the Golan Heights area along the Israel-Syria border as officially part of the Jewish state.

Hydroxychloroquine Shouldn’t Be Used As Covid Preventive, Says WHO