Vice President Joe Biden, who is preparing to embark on the 2012 re-election campaign trail, suggested Sunday he might be interested in running in 2016 — paired on a ticket with Secretary of State Hillary Clinton.

“I think we may run as a team,” Biden teased in an interview on NBC television to discuss his political future as President Barack Obama’s right hand man in the White House, during the campaign leading to November’s presidential election, and beyond.

Clinton, who ran a tight campaign against Obama in 2008 in a failed bid to win the Democratic Party nomination, has so far strenuously ruled out making any further bid for the White House.

What he can declare with 100 percent certainty, Biden said, is that he will be Obama’s 2012 running mate, despite speculation the president would try to strengthen the ticket’s appeal by choosing Clinton instead.

“There is no question about it. There’s no way out. They’ve already printed Obama-Biden (campaign posters)” he said. “You are looking at the vice presidential candidate of the United States of America.” 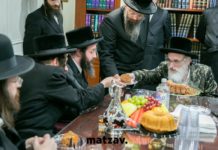