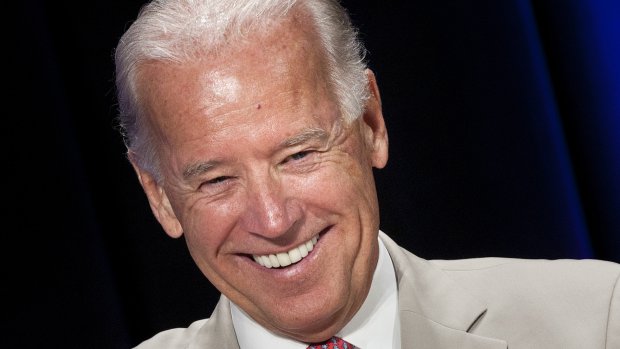 Former Vice President Joe Biden was photographed during an event Tuesday holding talking points about Sen. Kamala Harris (D-Calif.), a former rival in the Democratic presidential primary who is in top contention to be his running mate.

As he answered reporters’ questions at a campaign event in Delaware, Biden was seen holding a note pad with the first line under Harris’s name apparently stating that he does “not hold grudges,” seemingly in reference to a fierce clash between the two at a primary debate earlier this year.

His notes also underscore that Harris “campaigned with me & Jill,” is “talented” and has been a “great help to [the] campaign.”