Former Vice President Joe Biden will enter the presidential race on Thursday and present himself as the man who can unify not only a splintered Democratic Party but a country that has been fractured by Donald Trump’s presidency.

Sources close to the former vice president say Biden’s campaign will be centered on the argument that he can defeat Trump and that he can best unify a nation divided along geographic, racial, gender and generational lines during the Trump era.

Biden is expected to announce his entry into the race with a Thursday video, according to a source. While details are still being ironed out, he is then expected to appear next week in Pittsburgh before moving on to other early voting states. 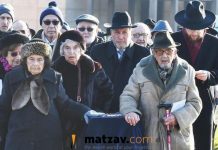