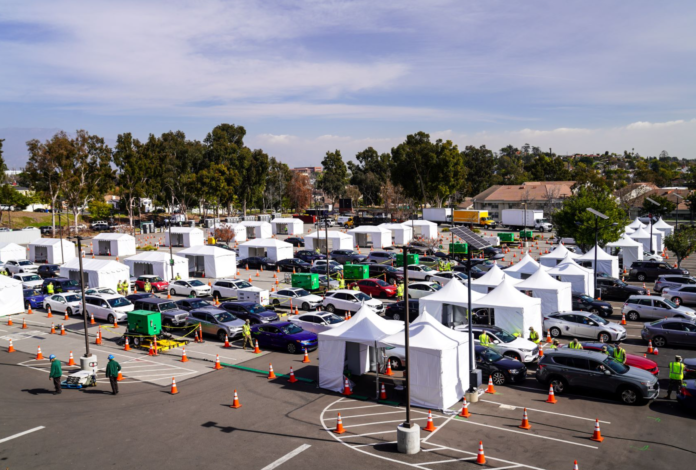 President Biden on Tuesday said that the US will now have enough COVID-19 vaccines for every adult “by the end of May” — and that the feds will start a new program aimed at vaccinating all teachers by the end of March.

The ambitious timeline — less than three months away — comes days after US health regulators approved a third vaccine, developed by Johnson & Johnson, which requires a single shot rather than two.

The White House announced Tuesday that it will use the Defense Production Act to help finance a partnership between pharma companies Merck and Johnson & Johnson to more quickly produce the latter’s vaccine.

“We’re now on track to have enough vaccine supply for every adult in America by the end of May,” Biden said at the White House, noting that he had previously said the end of July.

“I’m pleased to announce today as a consequence of the stepped up process that I’ve ordered and just outlined, this country will have enough vaccine supply, I’ll say it again, for every adult in America by the end of May.”