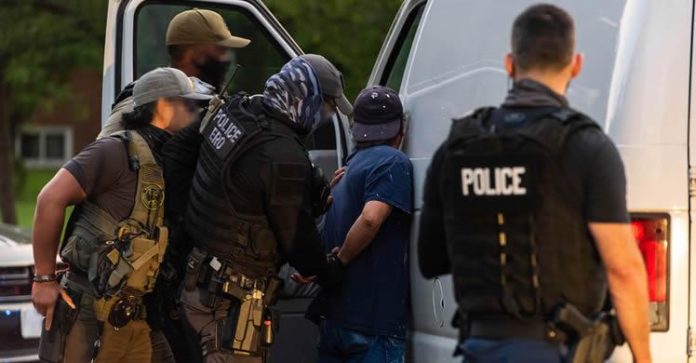 On Thursday, Democrats unveiled a reconciliation package that they negotiated with the Biden administration that includes a provision that will provide green cards, and eventually naturalized American citizenship, to millions of illegal aliens who can claim they entered the United States more than a decade ago.

Specifically, the amnesty would change the Immigration Reform and Control Act’s (IRCA) registry date so that illegal aliens could secure green cards so long as they can prove they arrived in the U.S. before January 1, 2010.

As Breitbart News reported, the amnesty would allow close to seven million illegal aliens — and potentially more — to get green cards and after five years begin applying for naturalized citizenship. Department of Homeland Security (DHS) figures from before 2010 estimated that about 11 million illegal aliens were living in the U.S. at that time.