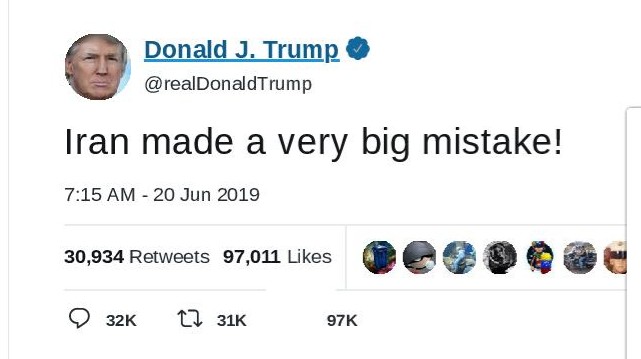 President Trump declared Thursday that Iran “made a very big mistake” after the country shot down a U.S. drone, but suggested he may be restrained in any response.

The president’s first apparent reaction to the strike came in a morning tweet, in which he did not say how the U.S. may respond. Asked later at the White House if he plans to strike Iran, Trump said the public “will soon find out” but did not elaborate.

“Obviously, you know we’re not going to be talking too much about it. You’ll find out,” he told reporters in the Oval Office during a meeting with Canadian Prime Minister Justin Trudeau.