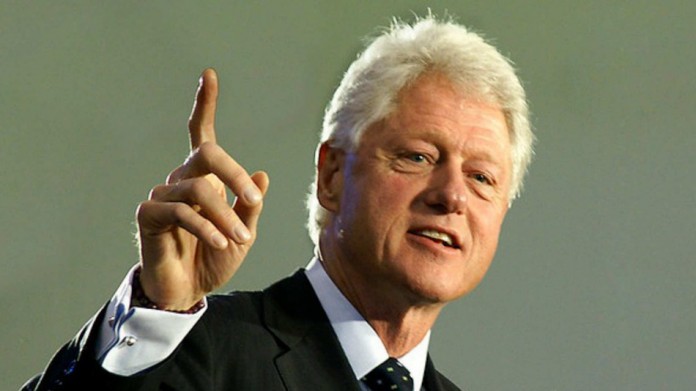 Former President Clinton is suggesting that President Trump is at least partly to blame for a lack of civility in politics, saying he has poured “poison” down “America’s throat.”

“A lot of poison has been poured down America’s throat since that 2016 campaign started,” Clinton said when asked about calls for civility after White House press secretary Sarah Huckabee Sanders was booted from a Virginia restaurant over the weekend by its co-owner over her role in the Trump administration.

“It’s hard not to pour poison down people’s throat and not have some of it come back up and bubble up,” Clinton said on Tuesday.

“I also had a lot of respect for the way Sarah Huckabee Sanders handled it,” Clinton added.

“I mean she was very dignified. She didn’t chew them out. She didn’t pitch a fit. She didn’t call them an immigrant-loving thugs,” Clinton, 71, said. “She just got up and left and offered to pay.”