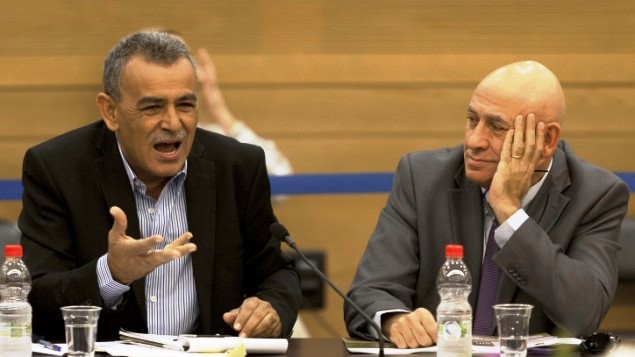 The Knesset passed a bill on Wednesday in an initial reading that would impose political repercussions against members of Knesset who demonstrate support for terrorism against the State of Israel.

The bill would augment clause 7a of Israel’s “Basic Law,” which states that a party may not run for Knesset if the party’s actions or objectives or the actions of a member of the party result in the negation of the State of Israel as a Jewish and democratic state, in incitement to racism, or in support of an armed effort by an enemy state or terrorist organization against the State of Israel.

The bill, sponsored by MK Oded Forer (of Yisrael Beiteinu), would amend the existing law to add that any individual who makes statements inciting or supporting terrorism will also not be allowed to run for Knesset.

MK Forer said that such legislation had not been previously included in the bill. “Everyone I have spoken to thinks that it seems obvious and that it is already the law, but I have told them that it actually is not. The existing law does not apply to the statements of individuals,” Forer told Tazpit Press Service.

The bill was endorsed by a vote of 44-36 just over a week after three Arab MKs from the Joint List visited the families of terrorists who had murdered or attempted to murder Israeli civilians during the current wave of terrorism.