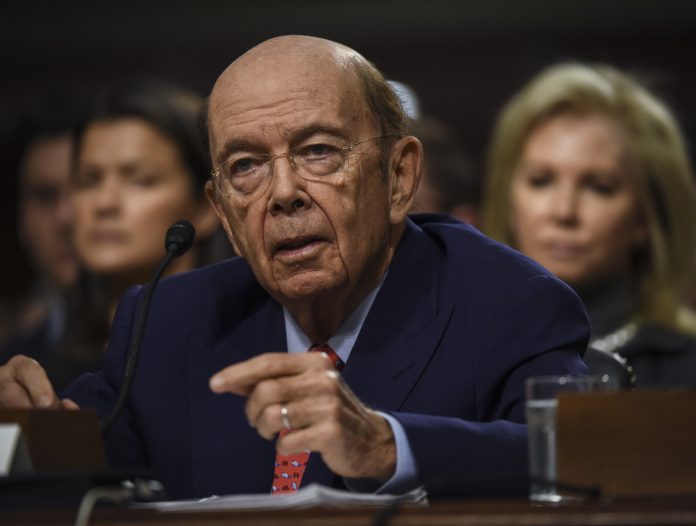 Wilbur Ross Jr., a former banker and investor who earned billions during decades of buying and selling industries and whom President Donald Trump has touted to lead his trade negotiations, was confirmed as secretary of commerce by the Senate in a 72-to-27 vote on Monday night.

Dubbed the “king of bankruptcy” for his leveraged buyouts of battered companies in the steel, coal, textile and banking industries, Ross has generated a fortune of $2.5 billion, ranking him among the wealthiest 250 people in America, according to Forbes.

Ross worked for decades at the New York investment bank of Rothschild, during which time he represented Trump’s failing Taj Mahal casino and helped forge a deal that allowed Trump to retain ownership.

In the early 2000s, Ross purchased some of America’s largest steel mills, including Pennsylvania’s Bethlehem Steel and Cleveland’s LTV Corp. He later sold his steel conglomerate to India’s Mittal Steel, helping to form what is now the world’s largest steel company.

Ross’ confirmation was largely uncontroversial, though Sen. Cory Booker, D.-N.J., and other Democrats asked the billionaire in recent days to clarify his business ties to Russian shareholders while serving on the board of directors of a Cypriot bank.

Some critics have condemn Ross for taking over troubled companies and shipping jobs overseas, while his supporters claim he saved the companies from going under and preserved American jobs in the process. Trump has praised Ross as a savvy businessman and one of the most valuable advisers in his administration.

Ross agreed to divest of nearly all of his personal holdings and resigned from dozens of boards and organizations to take the Commerce Department post.

Trump has said that Ross will help to lead the administration’s trade policy, a position typically held by the U.S. trade representative, rather than the commerce secretary. His role will presumably include helping to renegotiate the North American Free Trade Agreement and other deals to win better terms of trade for the United States.

“I am not anti-trade, I am pro-trade, but I am pro-sensible trade, not pro-trade that is to the disadvantage of the American worker in the American manufacturing community,” Ross said in his confirmation hearing before the Senate commerce committee on Jan. 18.

“I think we should provide access to our markets to those countries who play fair, play by the rules and give everybody a fair chance to compete. Those who do not, should not get away with it, they should be punished and severely,” he said.

The Commerce Department has more than 40,000 employees and oversees wide-ranging government services, including the Census Bureau, weather forecasting, trade and fishery management.