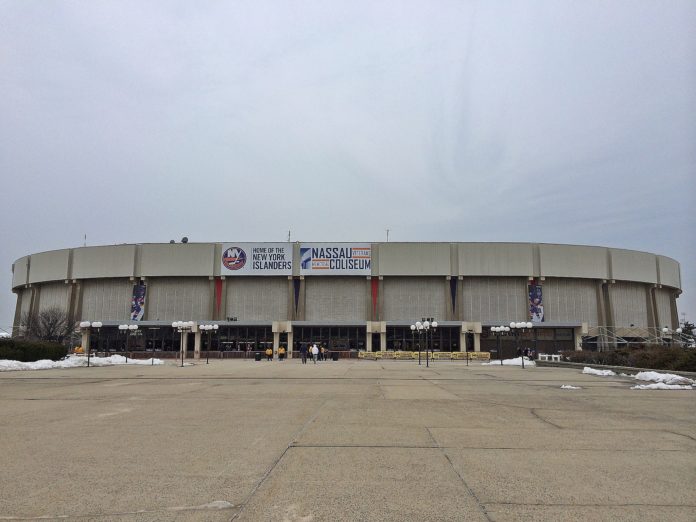 The Nassau Coliseum, the Long Island, New York, arena that hosted professional hockey games and rock concerts, is turning off the lights.

Billionaire Mikhail Prokhorov’s Onexim Sports and Entertainment, which operates the arena under a lease from Nassau County, is planning to shutter the venue indefinitely while it seeks investors to take over operations and pick up the remaining debt on the building, according to people familiar with the matter.

Onexim has told potential investors that it would turn over the lease in return for assuming roughly $100 million in loans on the property, said one of the people, who asked not to be named because the discussions were private. The firm, which is laying off arena employees, could also surrender the lease to its lenders, the person said.

The arena has been dark since the pandemic hit New York and shut down much of the U.S. economy. Onexim makes its money from live events, but the lease on the arena includes development rights that could be valuable to property investors, the person said.

The Uniondale, New York, arena, known formally as the Nassau Veterans Memorial Coliseum when it opened in 1972, has long played a central role in life on Long Island.

It was home to the Islanders for more than 40 years, including the franchise’s four consecutive Stanley Cup title runs in the 1980s. The singer-songwriter Billy Joel performed there so frequently that the Coliseum’s operators printed his name on a banner and hung it from the rafters.

The arena closed in 2015 for a $180 million renovation, and the Islanders moved to the Barclays Center in Brooklyn, sharing the venue with the National Basketball Association franchise owned by Prokhorov at the time. The Coliseum reopened in 2017 and has hosted roughly 200 events a year, including concerts, minor-league basketball and professional lacrosse.

In February, Governor Andrew Cuomo, a Democrat, announced that the Coliseum would host all of the franchise’s home games during the 2020-21 season. But the Covid-19 pandemic upset those plans, casting doubt on when sports leagues would resume and whether they would allow fans to attend games.